Etymology of the word Scum

Etymology of the word Scum

The Etymology of the Word “Scum”

Etymology studies the history of words: where and how they originated, how words ‘traveled’ from one language to another, how the meaning of different words developed and changed throughout history. Scum is a word with an interesting etymology.

This is a branch of linguistic science that requires a lot of effort and meticulous analysis of multiple written records, while trying to track down a word’s earliest written use.

Etymology allows linguists to see how some languages are related and how languages interacted throughout history. Etymology can also be useful for learners of foreign languages, helping them understand their target language on a deeper level.

In this article, we are going to take a look at the etymology of the word ‘scum’. What meaning the word has today, what it used to be, and how it has changed.

Definition of the word ‘scum’

Nowadays, the most common meaning of the word ‘scum’ that you come across in colloquial English is a derogatory one. It means ‘a low, vile, or worthless person or group of people’.

There is a well-known expression — ‘the scum of the Earth’ — that has the same meaning but a more emphatic tone. There is also a derogatory word that originated from the same root — ‘scumbag’, meaning ‘a contemptible or objectionable person’.

Merriam-Webster dictionary gives another definition of the word ‘scum’. As, ‘extraneous matter or impurities risen to or formed on the surface of a liquid often as a foul filmy covering’. However, this meaning is slightly more bookish and used less frequently in every-day speech.

Origin of the word ‘scum’

The first use of the word is registered in Middle English in the 14th century. It originated from the Middle Dutch word “schume” meaning foam or froth. There was also a similar word in old French – “escume”. Furthermore, there is also a word in modern German with similar roots: ‘Shaum’ (foam).

If we try to trace the word back even further, it may be related to the Proto-Indo-European root *(s)keu-. Which meant ‘to cover, conceal’ in the notion of ‘that which covers the water’.

So, how did a word meaning ‘foam’ came to denote ‘a worthless person’?

How the meaning of ‘scum’ changed

Simply put: over about 200 years of use, the meaning of the word ‘scum’ first expanded to mean any ‘thin layer atop liquid’. Then it deteriorated to denote ‘a film of dirt’, and eventually, just came to mean ‘dirt’.

The meaning of ‘lowest class of humanity’ was registered in the 1580s. The expression ‘the scum of the Earth’ first appeared in 1712.

By 1604, ‘scum’ also denoted the worthless bits that rise to the surface during the process of purifying metal. In other words, a worthless, waste product.

In the course of history, over hundreds of years, the meaning of a word can undergo a lot of changes. It can broaden or become more narrow, change from negative to positive or, on the contrary, deteriorate.

‘Scum’ is an example of a word whose meaning deteriorated: from neutral and innocent ‘foam’ to ‘dirt’ to ‘a worthless person’.

And although ‘scum’ is not considered to be a swear word, it is still an insult — and a pretty rude one, at that. Be very cautious about using it. And translators should be careful when translating it, if you come across the word in a text. 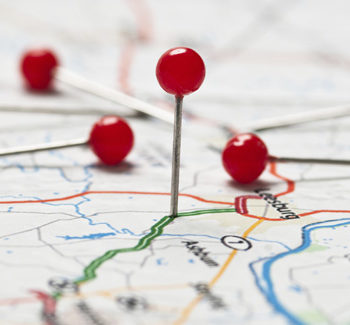 Consistency and Quality with Machine Translation