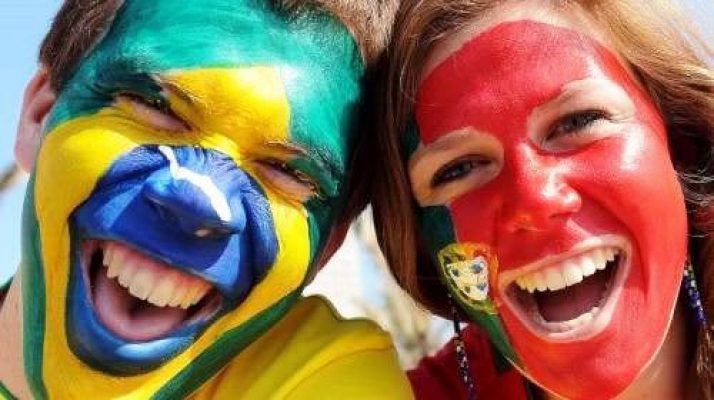 Portuguese is spoken in several countries around the world, and non-linguists often assume it is spoken exactly the same. But just like U.S. English and British English there are many differences. For native Portuguese speakers, the national differences are significant. Let’s consider some of the differences between European vs Brazilian Portuguese.

Be aware that the spelling is evolving

All the Portuguese speaking countries (Portugal, Brazil, Angola, Mozambique, East Timor, Cape Verde, Guinea-Bissau, and São Tomé and Principe) have recently decided to standardise their spelling, based on the Brazilian standard. The main impact will be to remove silent letters from the standard spelling in Portugal.

For example, this will turn óptimo (great) into ótimo and acção (action) into ação. The new rules on hyphens and accents change auto–estrada (highway) to autoestrada. Ideia and sinónimo will become idéia and sinônimo too, since the accent rules are different in Portugal too.

Brazilians are also a little more free/creative with their use of Portuguese, turning some nouns into verbs. To congratulate requires the Portuguese phrase — “dar os parabéns” — but Brazilians sometimes also condense the expression into one verb – “parabenizar”.

To ensure your documents are translated by a native-speaker of the region, and not just the language — contact us!