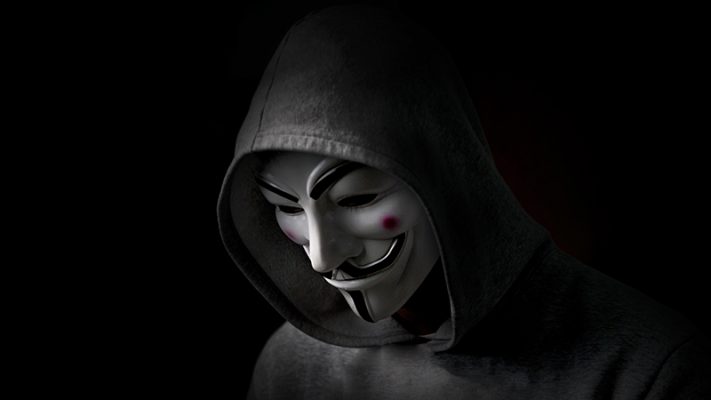 It’s hard for modern readers to imagine, but in the 18th Century a large proportion of novelists published anonymously. Research suggests that in the years 1660-1750, up to 50 percent of published novels did not include the author’s name on the title page. From 1750 to 1790, 80 percent of the novels published were anonymous. Many writers, who are now considered giants in the literary canon, were initially unnamed: Pope, Swift, Dryden, Behn, Haywood, Defoe, Johnson, Sterne, Young, Gray, Burney, and Austen, among others.

Daniel Defoe published a number of books anonymously. His first, “The Life and Strange Surprizing Adventures of Robinson Crusoe, Of York, Mariner”, was purported to be written by an anonymous shipwreck victim. He followed Crusoe with Gulliver’s Travels by a certain Lemuel Gulliver, “First a Surgeon, and then a Captain of Several Ships”.

These days, many people strive solely for their promised 15 minutes! So why, in the past, were novelists content to publish without receiving any credit for their work?

It’s worth noting, that before copyright laws, many authors did not own the rights to their work. So there may not have been any financial advantage to claiming authorship. Furthermore, most writers were independently wealthy — they did not need to “make a living” as we do now.

In many instances, the authorship was not thought to be especially relevant. In a political discourse or memorial poem, for instance, it’s the content that matters — authorship was considered extraneous information.

There were cultural issues: the aristocracy might consider writing prose as ‘beneath them’. Sir Walter Scott, who published nearly all of his work anonymously, was concerned about impropriety. He was a Clerk of Sessions (similar to a modern Clerk of Court) and wrote: “Judges being monks,clerks are a sort of lay-brethren from whom some solemnity of walk & conduct may be expected.”

Female authors often hid their names to avoid any suggestion of sexual impropriety. Particularly with regard to Romance Novels, which may include scenes that a respectable young lady should not know about! Conversely, by the mid 18th century, women had become the primary readers of novels. As a result, it became popular to publish Romances “by a Lady”. This indicated that they would be suitable reading material for other young women. Ironically, while Jane Austen published anonymously to protect her reputation (she wasn’t identified until after her death), there is evidence that some of the racier Lady novelists, may have been men!

And of course, anonymity shielded the author from criticism or accusations of plagiary — not befitting a person of status. In other cases, the author might already be famous, or infamous! In this case, an author might choose to publish anonymously, to protect the work. For example, Coleridge published his Lyrical Ballads (1798) anonymously for business reasons. He was concerned that he wouldn’t be taken seriously as a classical poet, complaining to his publisher that, “Wordsworth’s name is nothing––to a large number of persons mine stinks.”

On the other hand, in 1705 Daniel Defoe commented with some pride, that every controversial anonymous work, “must be the Devil or De Foe.”

The Top 10: Anonymous Books: From The Iliad to Primary Colors, great works of imagination whose authorship is or was unknown…

Making a name for one’s self

The importance of knowing the name behind the work, may be a very modern idea. Nowadays, many people consider the prize of success is the exposure, recognition and credibility it brings. This would have been considered strange in the 18th century, when Pope wrote “there may arise some obscurity … by the inevitable removal of some authors, and insertion of others, in their niches.” However, “the poem was not made for these authors, but these authors for the Poem.”

Similarly, Defoe wrote “they [his critics] need not ask me for a name … for they give it themselves”

In his 1969 essay, “What Is an Author?”, Michel Foucault’s considered the loss of anonymity: “We now ask of each poetic or fictional text: from where does it come, who wrote it, when, under what circumstances, or beginning with what design? … Since literary anonymity is not tolerable, we can accept it only in the guise of an enigma.”

Perhaps our need to know the origins, and therefore authorship, of every idea or creation is not, in the end, progressive. In the future we may again see works that stand alone, as independent creations and separate entities from their creator, less “Frankenstein” and more “Mowgli”.

For more on this fascinating topic: “Anonymity in the Eighteenth Century”, by Gillian Paku

The Strange Case of the Chivalric Romance
The Homeric Question
Was Shakespearian English better?!