The Strange Case of the Chivalric Romance 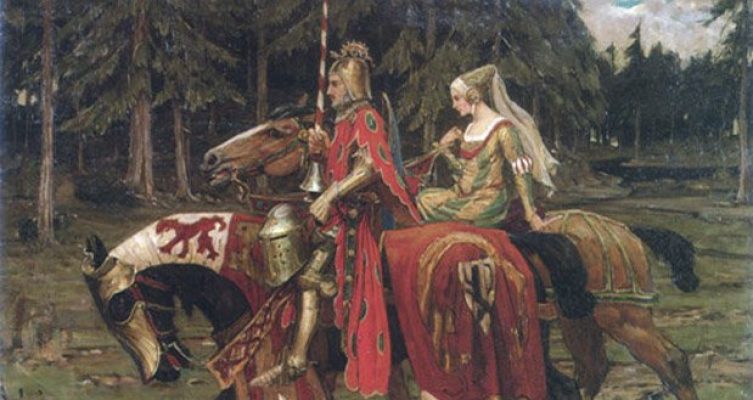 How a Chivalric Romance from Valencia altered the course of Literature

What do you think of when you hear “the Middle Ages”? If you’re imagining knights and quests, dragons and damsels, you’ve been influenced by the chivalric romance. Today, novels are just as much about what society looks like as they are about the main characters. But the chivalric romance was all about the heroism of the knight, courtly honour, and saving the damsel in distress. As such, a far cry from what day-to-day life was like in the Middle Ages.

So what changed? A humble book published in Valencia in 1490, that some call “the first modern novel”. A book that even the great Miguel de Cervantes praised in his famous Don Quixote. A book that even 500 years later inspires writers and riots alike…

The book in question, Tirant lo Blanch, was written by a 15th century Valencian knight called Joanot Martorell. It follows the general form of chivalric romances of the time: describing the exploits of Our Hero, Tirant lo Blanch, as he gallivants around saving the Byzantine Empire. However, it varies in a key way: as Cervantes points out, “here the knights eat, and sleep, and die in their beds, their wills already drawn out”. In other words, this book includes descriptions of what people actually did and what society actually looked like at the time, much like modern novels today.

Given the book’s importance in literary history, it has inspired some political–linguistic fights over the years. Everyone agrees that the book was written by a Valencian knight and first published in the city of Valencia. Since Valencia is today a part of Spain, many scholars simply refer to the book as “Spanish” and leave it at that. But the language it was written in was decidedly not Spanish. In the 16th century it was translated into Spanish, which is the version Miguel de Cervantes read.

But if it wasn’t Spanish, what was it? Some translators, like David Rosenthal, the first person to translate Tirant lo Blanch into English, consider it to be a great work of Catalan literature, written in the dialect of Catalan spoken in Valencia. Meanwhile, some Valencians protest what they see as the appropriation of their culture. As they consider the book to be a shining example of Valencian literature, written in Valencian. Which is a language of its own that is similar to, but not the same as, Catalan.

So which is it?

As they say, “A language is a dialect with an army and a navy.”