The Deaf Community of Martha’s Vineyard 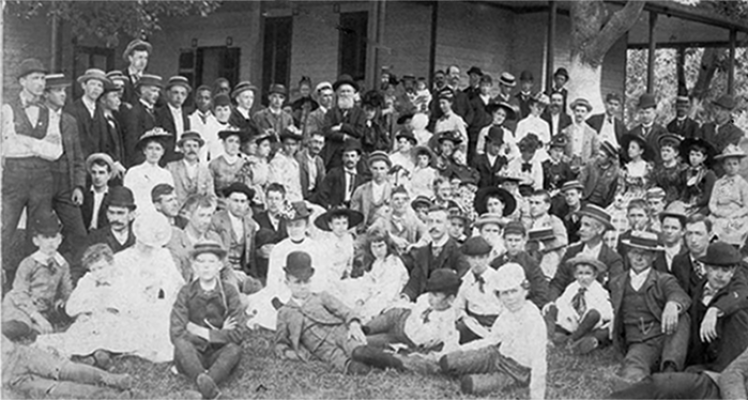 The History of Sign Language: The Deaf Community of Martha’s Vineyard

The history of the early settlers to Martha’s Vineyard, shows us what a Utopian deaf community could look like! Furthermore, it displays the adaptive capability of both the human mind, and our human society. Necessity is indeed the mother of invention, and the citizens of Martha’s Vineyard were living testaments to this fact.

A settler by the name of Jonathan Lambert arrived at Martha’s Vineyard, from Kent (England) in 1694. He was the first recorded deaf settler, and he carried with him the genes for genetic deafness. One of his children was born deaf — this child was the first, of generations of deaf children to be born on the island. At one point, one in four children on the island was born deaf. Eventually making Martha’s Vineyard the largest community of deaf people on the continent.

This is a continuation of our two articles on the History of Sign Language, you can read them here:

The growing deaf population began to develop their own distinct signs. It is thought that some of these signs probably originated in Kent, England, and were brought to the New World. However, once sign language became the “Lingua Franca“ of the community, they developed a sophisticated and complex signing system. This gradually grew into a new form of sign language, known locally on the island as Chilmark Sign Language (named for the village with the largest deaf community). However, Chilmark later came to be known more widely as Martha’s Vineyard Sign Language (MVSL).

The Extent of the Deaf Population

The use of sign language in the Vineyard was widespread. The entire community used sign language on a daily basis to communicate. Soon, the hearing people on the island were equally adept at sign language as their deaf neighbours. In fact, signing was so widely used that new individuals moving into the community had to learn it in order to integrate. By the mid-1700s, Martha’s Vineyard was one of the few communities in the world where hearing and deaf people were fully integrated in all their civic and social activities.

A closer look at the the 19th century census reveals that the total number of deaf people continued to increase. In 1817, just two families consisted of entirely deaf members, which had increased to 11 in 1827.

In 1850, 17 out of 141 families consisted of deaf members, and the number further increased to 19 families by 1855. To put things into perspective, the average number of deaf individuals in the USA at this time, was around one in every 6000. This is significantly less than the Vineyard, where there was one deaf individual for every 155 people.

Interestingly, MVSL later contributed to the development of American Sign Language (ASL). The deaf children from Martha’s Vineyard and neighbouring regions began attending the American School for the Deaf in Hartford, Connecticut. They brought with them their “homemade” sign language.

Researchers believe that with use, these local signs became integrated into the official Sign Language being taught at the school. This resulted in an assimilated language, which eventually became ASL.

The extent of deafness was so widespread that it started a rumour that deafness was a contagious disease. Although, it is worth noting that the people of Martha’s Vineyard never considered deafness to be a handicap.

On the island, the deaf children went to school for extended hours. This resulted in a higher level of literacy amongst deaf students, compared to their non-deaf counterparts. Which in turn led to a stronger, more progressive deaf community.

By creating an integrated society, where all could use Sign Language, there was no language barriers. In fact, the people of Martha’s Vineyard created a kind of deaf Utopia! It should teach us that a small number of people can achieve great progress.

If you are not familiar with Sign Language, you might want to learn more about Communicating With a Deaf or Hard of Hearing Person.