Quirky languages of the world! 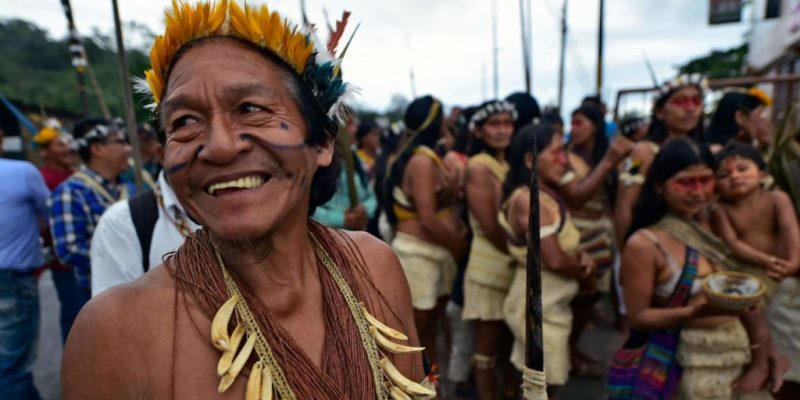 Quirky languages of the world!

The average person may only ever think about a few of the languages that exist in this world. But language is infinitely diverse, ever-changing, and beautifully quirky. Consider, the Ancient Egyptians developed their own writing system, known as hieroglyphics — a system that uses pictures as opposed to the symbols/characters that form more common writing systems. So anything is possible, and it’s all been tried!

In today’s era, just how much do you really know about languages? Have you ever tried to learn a language other than your native tongue? For those of us who were exposed to foreign languages at school, you might have found it was an uphill task, to learn and memorise so many rules. But the language you learnt probably came from the same Indo-European root, and it wasn’t that different from your own.

Below we will explore a few of the truly quirky languages of the world:

Tuyuca is a Brazilian language, spoken by a very small number of people — around 1000 — in the Amazon basin. Interestingly, it doesn’t allow you to simply state something without giving appropriate evidence or context. In order to effectively communicate you are required to include references regarding how you know it.

Imagine using this language on a regular basis? Ok, it would be exhausting! But would it also guarantee accountability, and perhaps further a more rational society?

German: Get ready to run a marathon!

German sentences take you on a long route as opposed to getting to the point swiftly. In German, the verbs appear at the end. For example, in English one would say, “I played the clarinet at my friend’s house on Friday.” However, in German, it would phrased as, “at my friends house on Friday, clarinet I played”.

A German sentence may take a little longer to get the point across. So be prepared to sit through all the details of where, when, why, how, who is involved before getting to what actually happened! I guess they just like taking their time!

In addition, the negative also comes at the end of the sentence. So, in theory, you could listen to an entire convoluted story, only to find out that none of it actually happened.

The Berik language has its roots in New Guinea, and it’s obligatory for the speaker to state exactly when something happened. This is a little similar to the Tuyuca language, as emphasis is placed on being precise. At the ending of Berik’s verbs, time phrases are encoded. Hence it is impossible to state something, without giving the specific time it happened.

Berik speakers also pay special attention to objects (size, number, shape, texture). Let’s try to incorporate an object in this sentence, (speakers usually have a single short word conversations) “I gave two bottles to the boy at noon”. It is possible to say this using one word! The next verb usually requires speakers to indicate a place. Berik promotes detailed sentences. Thus, anyone you’re talking to will know when, where (the action took place), size of objects. etc.

Piraha: where time is non-existent

Piraha is a unique language spoken by a single tribe in Brazil. Of all the quirky languages, this must win a prize — it seems to be the reverse of Berik, in that there is NO concept of time! Also, there is a total lack of words for colors and numbers.

What is true, Piraha speakers are unable to construct a sentence referring to the past or the future. For us, our sentences concerning this would be something like “I finished planting the trees before I went to bed”. While a Piraha-speaker might say something like, “I finish planting, I sleep”. There’s no way of keeping track of time, whether past, present or future in the Piraha world.

It is said that Piraha children forget their grandparents almost as soon as they die, which feels sad, but conversely, it is not possible to boast of past achievements! Only the present counts.

Grammatical Gender, a mystery to many!