The History of the word ‘Slavery’ 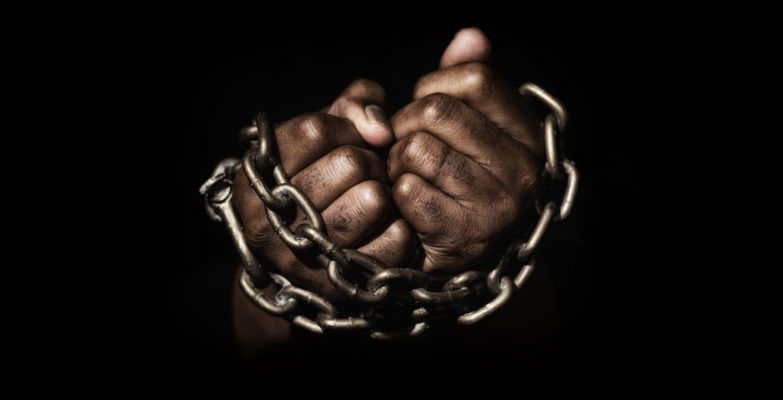 The History the words ‘Slave’ and ‘Slavery’

There are words in the English language that are not just words. Of course, words denote objects and concepts, or express grammatical meanings. But, they can also have strong positive, or negative, connotations and a rich history of their own. Words can be emotionally charged, gain popularity or notoriety for various reasons, or even become taboo. This, and much more, is true for the words ‘slave’ and ‘slavery’.

They describe a phenomenon that has existed in our world for thousands of years and, unfortunately, still exists today. Slavery has had a major influence on the history of many countries and broken millions of people’s lives.

In this article, we will take a look at the etymology and history of the words ‘slave’ and ‘slavery’ and the controversy in their use today.

In the Merriam-Webster dictionary, a ‘slave’ is defined as ‘a person held in servitude as the chattel (property) of another’ and ‘one that is completely subservient to a dominating influence’.

‘Slavery’ is ‘the practice of slaveholding’ and ‘the state of a person who is a chattel of another’.

In the IT industry, the word ‘slave’ denotes ‘a device (such as the printer of a computer) that is directly responsive to another’.

The word ‘slave’ appeared in the English language around the 13th century. It is a shortening of the Old French ‘esclave’ (13c.), from Medieval Latin ‘sclavus’ meaning ‘slave’. In particular, this word meant Slavs (Slavonic people).

Slavs inhabited a large part of Eastern Europe in the early middle ages. They were commonly taken as slaves by the Byzantine Empire and the Moors of Spain. Eventually, the word ‘Slav’ became an eponym — gave its name — to the concept of slavery.

In the 1550s, another meaning developed: ‘one who has lost the power of resistance to some habit or vice’. Nowadays we rarely use this word to speak about vices. There are still cases where we use this context — for example, we might describe someone with a severe addiction as ‘a slave to drugs’. There is a more general meaning as well — ‘a slave to fashion’ does imply a heavy influence, but not necessarily a negative one.

The word was first applied to devices in 1904.

In the modern world, millions of people still live in slavery. Officially, we have abolished slavery, worldwide. However, there are still many places where it exists in all but name. Modern slavery is often known as human trafficking. That said, many communities, like the African-American community in the USA, still face the ‘aftershocks’ of slavery — racism and discrimination — on a daily basis.

This has had an influence on the English language as well, in particular, on the word ‘slave’. Of course, it has never been a fun and easy word, but nowadays, it is more emotionally charged and sensitive than ever. Many people are avoiding using this word casually.

Can you still say that you are ‘a slave to fashion’? You probably can. But it is probably also a good idea to consider this word’s history, how hurtful it can be, and to rephrase what you want to say.

Other uses of the word ‘slave’ are being re-thought as well. Many IT and tech companies are abandoning the ‘master/slave’ terminology that has been in use for decades. Instead, they have introduced terms like ‘main’ and ‘secondary’, ‘primary’ and ‘replica’, ‘master’ and ‘minion’.

‘Slave’ and ‘slavery’ are two emotionally, and socially, charged words. Slavery is intertwined with the history of the world, and some countries in particular. Understanding their meaning and significance is by no means a solution to the problem but it can be a tiny first step.

Click for more articles on etymology — the history and roots of words.