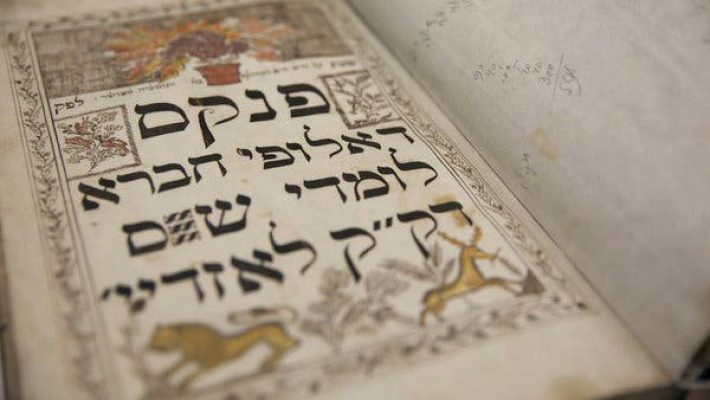 The language vs. dialect debate is a well-worn one. But did you know that sociolinguists are also researching the concept of religiolects?

Religiolect is a term, coined by linguist Benjamin Hary, that refers to a language variant specific to a certain religious or secularized community. While the term is not without its controversy (after all, is there one neat way of defining what religion is?), it is yet another fascinating way of understanding the rich diversity of languages on our planet.

One of the most studied examples of religiolects are Jewish languages. The widespread nature of the Jewish diaspora has led to a rich diversity of Jewish linguistic communities around the world.

Most people who are familiar with Judaism know a little something about Yiddish. Yiddish is largely spoken by Jews of Eastern and Central European descent (Ashkenazim). Written in the Hebrew alphabet, scholars believe it is based on Middle High German. In addition, mixed with parts of Aramaic, Hebrew, Slavic languages, and—to a lesser extent—Romance languages. Before the Holocaust, Yiddish was spoken by secular and observant Jews alike, with a rich culture of literature and history. Today, it is strongly associated with insular ultra-orthodox Jewish communities or with the elderly. Although, it seems a secular revival movement is currently under way.

Judeo-Spanish, or Ladino, on the other hand, has its roots in the medieval Spanish spoken by Jews that were expelled from Spain in the 14th and 15th centuries (Sephardim). It brings together mixtures of different languages such as Turkish, French, Arabic, Greek, Hebrew, and more. The different types of Ladino are so diverse that even the name of the language itself comes in many forms, depending on where it is spoken. For example, there’s Spanyolit (Israel), Hakitia (North Africa), Judezmo, Zargon, Judyo, Espanyol (in former-Ottoman Empire communities), etc. Variants within these subgroups also abound.

A hugely influential, but largely forgotten Jewish religiolect is Judeo-Arabic, which combines Arabic, Hebrew, and Aramaic. Judeo-Arabic is spoken mostly among Mizrahim and non-Sephardic Maghrebi Jewish communities. It is believed that 800 years ago, Arabic was the native language of 90% of the world’s Jews. With many Arabic-speaking Jewish populations emigrating from their home countries, especially during the second half of the 20th century, Judeo-Arabic variants came under the threat of extinction. Prejudice against Arabic-speaking Jewish populations prevails around the world and has contributed to this linguistic endangerment. Modern Judeo-Arabic, which also comes in a plethora of regional and cultural varieties—Yemenite Judeo-Arabic, Iraqi Judeo-Arabic, Syrian Judeo-Arabic, etc.—is therefore currently in grave danger of extinction. Along with it are far lesser-known variants of Jewish languages, such as Judeo-Malayalam (Kerala, India), Judeo-Tajik (Tajikistan and Uzbekistan), and Judeo-Greek.

On-going and further studies of religiolects

The topic continues to stir up debate. What about you? Do you identify with a religiolect? How do you think these minority languages can be kept alive?