What do the names of countries mean? 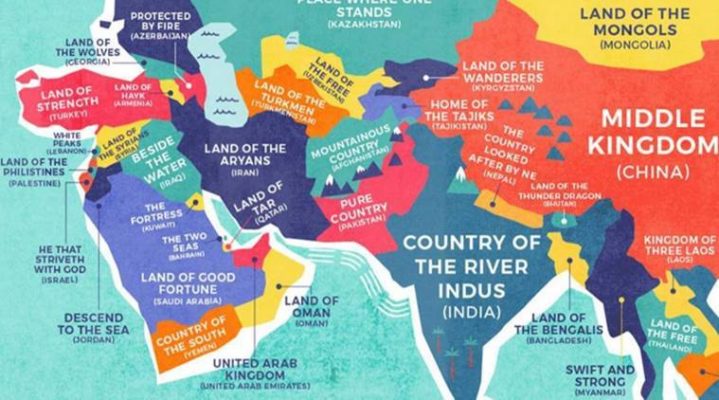 What is in a name? Well, actually, quite a lot sometimes. We often take the names of the things surrounding us — including the countries of the world — for granted. However, country names can have a rich history and often interesting facts behind them.

Toponymy, also referred to as toponomastics, is the study of place names (toponyms). This including the names of countries, their origins, meanings, use, and typology. Sometimes people can confuse toponymy with etymology — the study of the origin of words — however, it is a separate science.

However, like etymology, it is also not an exact science. The names of some countries have gone through multiple translations, as well as changes in the local languages, that could have changed their original meaning. In some cases, the roots of these names have been simply lost in history. As a result, the names of some countries nowadays can have multiple possible interpretations.

Nevertheless, it is still an interesting exercise to try and trace back the names of the countries of the world and speculate on what these names could mean.

In this article, we will take a look at some naming conventions when it comes to countries, as well as a few examples of country names and their literal meaning.

How are countries named?

There are four major groups when it comes to different types of country names.

By ethnic group or characteristic

Some names include attributes of, rather than names of tribes. For instance, Ethiopia originates from the Latin, ‘Land of the Blacks’, and Macedonia from the ancient Greek ‘Land of Tall People’.

Often, a special geographic attribute will provide a name for a country. Here are a few examples: Montenegro (‘Black Mountain’), Algeria (‘The Islands’), Spain (‘Land of Many Rabbits’), Chad (‘Land of the Large Lake’).

Not all such names refer to actual attributes. For instance, Singapore is Malay for ‘Lion City’, although there are no lions there, and the name is based on a local legend.

Often names of countries will refer to the geographical location of the country: east, west, in the middle, etc. Some names, like South Africa, are fairly obvious. For others, we need to be translate them first to see their meaning.

Australia is ‘Southern Land’ in Latin, from the name Terra Australis Incognita (‘Unknown Southern Land’) used by the Romans dreaming of unknown lands in the southern hemisphere.

Finally, there are historical figures who have given their names to a country. For example, The United States of America is named for the Italian explorer Amerigo Vespucci; the Philippines are named after Spain’s 16th-century King Philip II; whereas, Bolivia is named after the Venezuelan revolutionary, Simón Bolívar.

However, not all country names fall easily into these four groups.

Some names simply do not fit any of the categories. The name of Mexico refers to the moon — it is a Spanish simplification of the name of an Aztec city, Metztlixihtlico, meaning ‘In The Navel of the Moon’. Liberia is Latin for ‘Free Land’. Venezuela is ‘Little Venice’.

There are also quite a few countries whose name origins remain unknown or are still disputed by scholars. For example, Malta could be a ‘Place of Refuge’, but it can also mean ‘Bees’.

Nepal is one of the countries that have probably the most suggested interpretations of its name: ‘the country looked after by Ne’, ‘beginning of a new era’, ‘center country’, ‘holy place’, ‘home of wool’, ‘land of those who domesticate cattle’, ‘abode at the foot of the mountain’, and probably more.

The origins of a few names like Belize, Syria, Andorra, remain unknown.

Accuracy in Translation
Ever wondered why we ‘boot’ a computer?
Entering New Markets