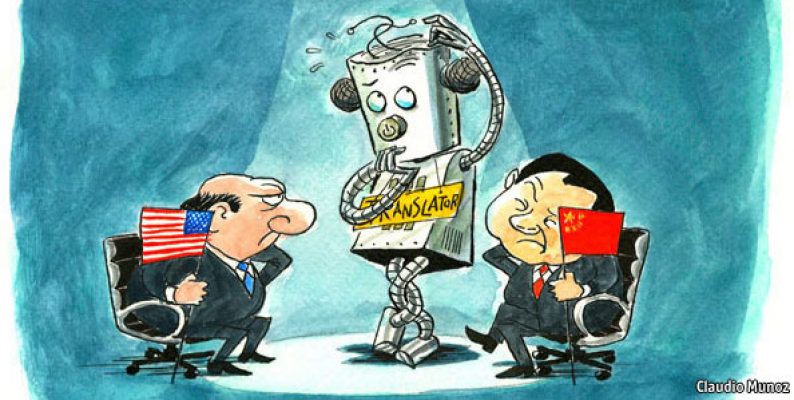 Some people believe that ‘computers will soon take over the world’! Or, at least replace humans in some industries, translation included. This belief is not entirely ungrounded — machine translators have improved greatly over the recent years. To an unprofessional observer, it may indeed seem that computers have become just as good at translating as humans. However, it is still a misconception.

One of the aims of the #DiscoverTranslation campaign, launched in September 2020 by the European Commission, is to dispel myths about the translation profession. To read more about the campaign, take a look at part 1 of the article. If you’re interested in some myths and misconceptions about translation, check out part 2 of this article.

In this article, we will take a closer look at one of the most common misconceptions about translation: that machines can translate as good as humans, and will soon replace them.

One of the main advantages of machine translation is its speed. You can enter a whole text into Google Translate and get the translation literally in a second. There’s a character limit — you can only translate 5000 at a time — which means longer texts will take a few more seconds. Maybe even a few minutes. However, it is still incredibly fast, compared to what even the fastest human translators can achieve.

The second big advantage of machine translation is its cost, because it costs — well, nothing. Some instruments, like DeepL, have paid options that allow, for example, to translate large documents in one go. However, they are still cheaper than translation services, and the basic functions are completely free.

Nevertheless, depending on the text you need translated: its intended use, its formality, your business, your goals, and much more… Often, saving a lot of time and money may not be justified. You could buy cheap, but end up paying dearly.

Why machines still have a lot to learn

You can take a simple short text, that’s not very expressive or creative, enter it into Google Translate, and get a perfectly acceptable translation. On the other hand, most translation needs are not short, simple, unexpressive texts.

There are many translations skills in which computers are still behind humans – and will be for quite a while. Here are some of the key examples.

So, while we also love Google Translate, the machines will not be taking over any time soon!