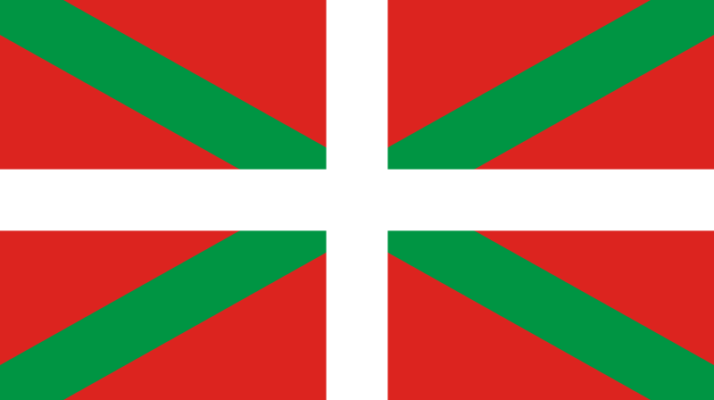 Basque is a fascinating language. Despite speculations that it may, somehow, be related to language groups from Eastern Europe, it is essentially that rarest of linguistic phenomena, a language that emerged independently of its neighbours, and preserved its individuality throughout the course of modern history (in the technical jargon: a ‘language isolate’).

It is generally thought that Basque’s arrival in Europe pre-dates the advance of Indo-European. As you can well imagine, there are myriad, often virulently contradictory, theories on the subject, which Wikipedia gives a characteristically balanced overview of.

In any case, there is a huge number of words in Spanish which come, often directly, from Basque (see an upcoming blog post…) This made me wonder if there are any in English. I found four.

But first, a word which is neither (strictly) of Basque origin, nor in current usage in English (for reasons that will become clear), which I discovered in the course of my research: bilbo, meaning a sword made in Bilbao, which were proverbial for their quality. Shakespeare uses it in The Merry Wives of Windsor:

FALSTAFF:…I suffered the pangs of three several deaths: first, an intolerable fright to be detected with a jealous rotten bell-wether; next, to be compassed like a good bilbo in the circumference of a peck, hilt to point, heel to head; and then, to be stopped in, like a strong distillation, with stinking clothes that fretted in their own grease…

I suspect that this is also the source of the name of Tolkien’s most famous character, Bilbo Baggins (Tolkien had a magpie’s eye for names and words, and it is not too far-fetched to think that he came across a bilbo in the course of his studies…)

A Basque word which is still in use in English is anchovy, which came, via Portuguese, from anchu, dried fish, from anchuva, dry.

There is a possibility that the English jingo, most commonly seen in jingoistic, or rabidly xenophobic, comes, somehow, from the Basque word for god, Jinko. The OED mischeviously concedes that this is “not impossible” but “as yet unsupported by evidence”.

But the most intriguing (yes, and improbable) Basque loanword in English is bizarre. This comes to us from the 16th Century French bizarre, meaning odd or fantastic. This itself may come from the Basque bizar, a beard, the idea being that bearded Spanish soldiers made a strange impression on the French (remember that the border between the two countries is or was predominantly Basque territory).

It sounds a bit implausible, I know, but it is such a charming piece of imaginative etymology that I am going to choose to believe it, and disregard the alternative explanation, that bizarre derives from the (older) Italian bizarro “angry, fierce, irascible,” from bizza “fit of anger.”

How to be a Successful Transcreator
Ever wondered why we ‘boot’ a computer?
Not just translation! We also provide Audiovisual Services