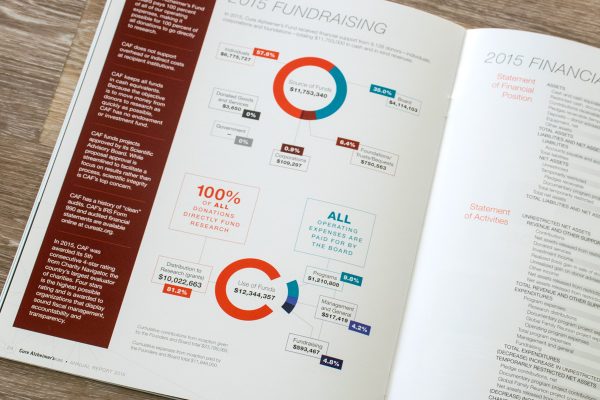 It’s that time of year when your company is busily producing your Annual Report. Will you need to produce your Annual Report in two or more languages? If so, the most cost-efficient way to do it, is to consider the translation process from the outset.

Pasting translated text into your original layout — unless you are completely fluent in that language, and familiar with language-specific typographic rules — can create problems:

Creating and maintaining multilingual documentation is not as simple as many people think. Translating the text is a significant part, but should not be a sub-procedure independent of the rest of the process.

If you design your Annual Report to accommodate only one language, you may have to adapt, or even re-design it, for the translation. Imagine you have a two-page spread in Spanish, and the English translation only takes up one page. Or, even worse, that it’s the other way round, and you need to insert an extra page to accommodate the Spanish.

This is particularly true if the desktop publishing (DTP) is relatively rigid and inflexible. Often, graphic designers are unaware of the challenges involved in setting up and maintaining multilingual documentation. And don’t forget that designers generally charge by the hour, so retroactively adapting your annual report will generate significant expenses. For these reasons, we believe that the language service provider (LSP) should be involved in DTP from the outset.

One of the techniques we use is to pay close attention to the early stages of design work. During pre-processing, for instance, it is important that the text ‘flows’; that the format accepts text segments of varying length; and that you avoid the use of manual line breaks in the middle of paragraphs.

By managing the DTP, as well as the translation(s), QuickSilver is able to pass on considerable savings to our customers:

In addition, our state-of-the-art translation software means that, when you release subsequent annual reports, we only translate the updates you make, rather than the entire document.

We understand that producing a ‘new’ annual report often doesn’t involve very much actual revision. By using translation software, we can save you money and time by working on only what has actually been changed in your new version. We don’t have to translate the entire thing from scratch!