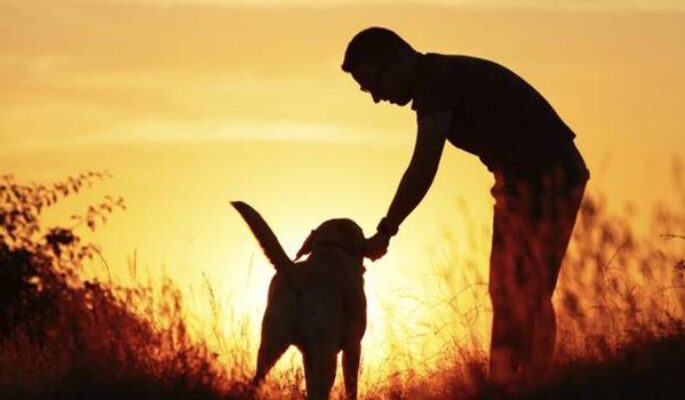 Have you ever wondered “do dogs understand humans“? The simple answer is yes, they do understand a few words. This may be because they are able to process words from the left sides of their brains just as humans do. The right side of a dog’s brain is used to understand the tone as well as pitch. Dogs are able to understand what humans are saying to them and they also understand how the words are said.

When scientists scanned dog brains, they found out these four-legged friends of human beings are able to process language just as humans do. They will thus feel happy when praised, especially when the voice and words match one another. In an experiment in Hungary, thirteen dogs were trained to undergo MRI scans. This enabled scientists to find out what happens inside the brain of a dog when words are spoken to the dogs.

The results of this experiment were truly interesting. It was found that dogs used their brains to process language in the same way humans do. The right side of a dog’s brain is used to deal with emotions and the left side processes the meaning of words. When the right and left side of the dog’s brain agreed that the dog was being praised, it became happy.

During this experiment, words like “good boy” and “well done” were spoken with the intention to praise the dog. When the same words were uttered in a neutral tone, the dog was not able to find a meaning. The left side of the brain of a dog activates when it hears words, especially those that have a meaning for the dog. This kind of activation does not happen when the dog hears words that it does not understand. And, when the dog is praised, its right side becomes activated.

This experiment however is only the first step in the battle to find out whether dogs are able interpret human speech. We need to do a lot more to get an even clearer picture. When more information is available, it would go a long way in making communication and cooperation between humans and dogs that much better and more efficient.