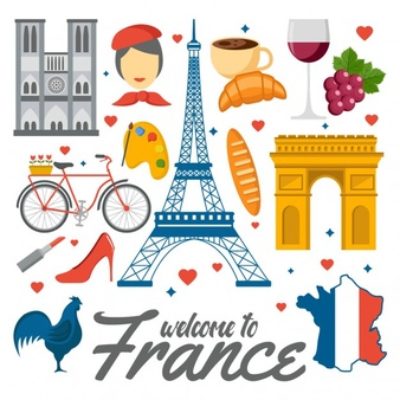 How can we ensure we obtain good translation into French? French is a widely spoken language, with over 280 million speakers spread across five continents.

Which, according to Bloomberg, makes it the only language other than English spoken on all the five continents. France itself has over 68 million native speakers. But French is also spoken in Belgium, Luxemburg and Monaco. This makes it the second most spoken native language in the Eurozone.

Throw in, the fact, that there are over 96 million speakers of French as a second language, and a significantly large number of people speak French in North America and parts of Asia, it becomes clear that businesses with a global ambition must be ready to translate their content into French.

The thing is, consumers, prefer to read and make purchases online in their native language and when you consider that only 4% of the internet is in French, you will see that the French-speaking market is a viable market for your business.

Now, the question is, how do you ensure you obtain quality translation into French every time?

Here are a couple of things to keep in mind before hiring a translator for your French translation job.

Bear in mind the locales (variations) of French

Just as there’s the America English, Canadian, Australian, New Zealand and UK variants of English language; so also, do we have variations in the French spoken in Canada, the United States, France, Monaco, Belgium and the Middle East.

So, be sure to identify the specific French spoken in your target market and then hire only translators with experience in that region.

This way, you are sure to have your translated French content tailored to your audience while also taking into consideration the unique pronunciations, cultural differences, and nuances of the region.

French and English have different grammar

This one should be obvious, but yet one can easily get confused with the uncanny similarities between both languages.

For example, even though French and English use the same syntax structure: Subject-Verb-Object, the French language offers many more syntax structure that would become completely incomprehensible when translated into English.

There’s the matter of gender in French. Nouns are assigned genders, unlike in English. And since there are no rules as to how this can be done, it can get confusing pretty quickly.

Hence, you will need a native-level translator to differentiate these subtle differences when translating your material to French.

What tone do you want your content to convey?

You will need to let your translator know how formal you want the document to sound. Is it for a professional, formal audience, or do you intend to make the content informal and more casual?

French generally runs longer than English. You must bear this in mind, particularly if your content is web-based. Generally speaking, you will need a couple more words to translate a sentence than is required in English. Think of buttons, fields and any other limited spaces.

Limit the use of acronyms. Word order tends to be different in different languages, so acronyms seldom coincide.

Finally, use standardized vocabulary where appropriate. This will make the text more “neutral” and easier to translate.

Remember, your goal is to make your content understandable, engaging, and informative.

For technical translations, it is often normal to run into terms that are hard to translate, encourage your translator to include a short explanation for those terms when they first appear in the document.