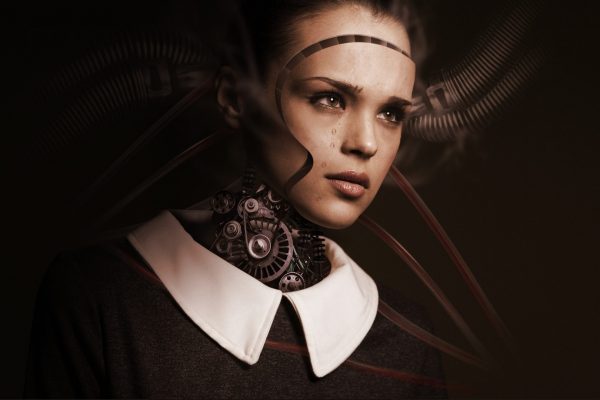 A key question in our industry is will AI replace human translation? If – like us – you follow the tech space, you will agree that we have achieved so much in such little time. We will be entering a new decade soon, and all the technological advancements of this decade still look amazing to us.

The most exciting new technology is artificial intelligence (AI). Most importantly, will it be able to do as said – take over translations from human efforts?

The place of AI in translations

Many companies and brands are claiming that their events are translated live by AI and its associated robots. Since we cannot actually see these robots, we cannot determine how true that claim is.

However, an event in China organized by iFlyTek came into the media for all the wrong reasons. The most prominent of these being deception…

At their conference, a human translator was used behind the scenes – but his efforts were marketed as being that of AI. This angered the translator so much that blew the whistle. And we all know how that goes down in the media.

Now, this begs the question, is AI being used at all?

After all, companies like Google (through their assistant) and Microsoft (think Skype Translate) solved this issue years ago. Or, did they?

The truth here is that AI is doing exploits that cannot be swept under the rug. They are great at making predictions for crops, analyzing stock markets, returning sensible movement patterns, and much more.

When it comes to translating human speech, and in real time, they have flaws to say the least. So, what is the chink in the shiny AI armour?

No matter how much we try to play up AI, science and tech have not been able to attain that level of listening in bots.

For those who love the Avengers franchise, this brings Jarvis from Iron Man to mind. He (the AI) can seemingly be held conversations with without the need to always call a wake-up phrase.

Most smart assistants capable of translation today would need you to speak at a certain volume so that they recognize your speech, wake them up with certain words first, or stress more on articulating your words rather than speaking.

Give a human a joke in your own language, and they will most likely modify it to their own cultural context before telling it again. If they want the joke to retain that humor, that is.

Guess what AIs would do? Yes – that’s right: they return the humor word for word.

We hate to be the bearer of bad news, but that is just the best way to make humor lose its context. If that can happen to jokes, guess what happens to other expressions and figures of speeches too.

Rainfall patterns are almost sure. Chess plays can be anticipated. Driving has become almost routine for even humans.

AI excels at making predictions on all of the above, mostly because they are objective concepts.

Language does not enjoy such a luxury. Even though every tongue has a set of grammar rules and convention, they are not etched in stone. Thus, they can always be ignored during conversation, switched up and all that.

That takes the power away from AIs which have to work on a set of grounded rules to do the things they do.

Developmental work is still being done on artificial intelligence – and we believe the world is in for an interesting ride. However, these bots are nowhere near ready to start translating, leaving humans as the best bet still.