Christmas traditions around the world 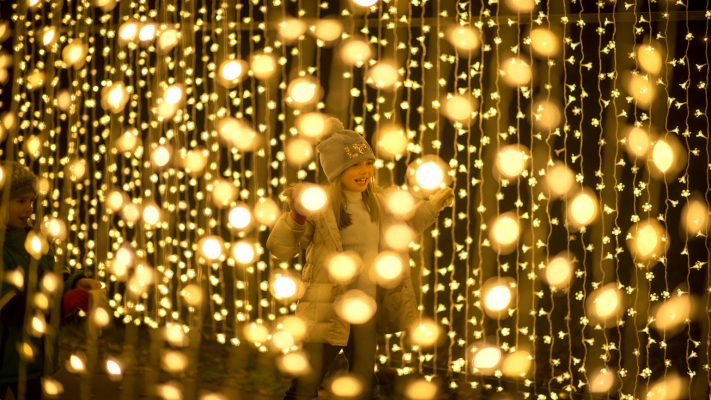 How Christmas traditions vary around the world

Christmas is undoubtedly one of the most popular festivals that is celebrated throughout the world. Although it is a Christian festival, many non-Christians celebrate Christmas as a part of their culture as well. In the United States, Christmas traditions consist of buying and decorating Christmas trees, joining family members for having turkey dinner, baking cookies, opening gifts, etc. However, in other parts of the world, Christmas traditions can vary greatly.

Let’s look at some exciting and unique Christmas traditions from around the world below.

During Christmas Eve, the people of the Czech Republic eat Czech traditional dinner that consists of carp fish soup and fried carp with potato salad. Some people fast during this day hoping to see a sign if ‘the golden pig’ on the wall before having dinner. This vision is said to bring good luck.

Religious families go to church at midnight or on Christmas Day and sing Christmas carols. Many people follow a superstition in Czech and throw their shoes over their shoulders. It is believed that if the toe points towards the door, they will get married soon.

Although only about 1% of the population in Japan is Christian, people still celebrate this festival by spending time with their loved ones. Christmas Eve in Japan is similar to Valentine’s Day. So, couples go out to have romantic dinners in hotels. Believe it or not, people like eating fried chicken such as KFC during this day.

According to the legend, eating KFC became popular during Christmas due to an infamous advertising campaign held by KFC in 1974. It was known as ‘Kentucky for Christmas!’ or Kurisumasu ni wa kentakkii!

People also like eating Christmas cake which is the traditional Japanese Christmas food.

The Christmas festival is known as ‘Jól’ (Yule) in Iceland. The Jól season in Iceland consists of a lot of traditions, customs, and is celebrated for 13 days. The Jól Eve or Christmas Eve starts at 6.00 pm instead of at midnight following the ancient Icelandic tradition.

People eat the Jól meal ‘Hangikjöt’ which is a leg of roast lamb or a specialty called ‘Laufabrauð’ or leaf bread. Some people also consume ‘Rjúpa’ or Rock Ptarmigan a gamebird.

Playful elves or imps called Jólasveinar are thought to eat a lot and play tricks on people. They may also leave presents for good children on the windowsill and a potato or message for the naughty children.

The Christmas feast or ‘julbord’ eaten by the people of Sweden consists of cold fish, herring served in many different ways, gravlax which salmon cured in sugar, dill, and salt, and smoked salmon. Other dishes may include cold meats such as ‘julskinka’ (a Christmas ham), or roast beef and turkey.