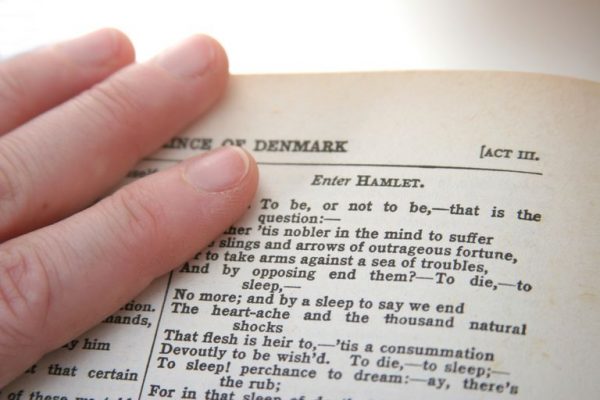 More than 400 years after his death, Shakespeare has almost mythical status among lovers of literature. The style! The wit! The romance! The idioms! The many invented words! No other writer has influenced modern English quite so much. That the term “Shakespearian English” even exists, demonstrates this. However, many students dread studying Shakespeare! High school students often consider Shakespeare’s dramas to be the most demanding works they encounter. In fact, most college students, who haven’t studied Chaucer or Old English literature, would probably agree!

So can we say that Shakespearian English really was “better”?!

How did Shakespearian English sound?

Most studies suggest it would have sounded most similar to Irish English, or perhaps some very strong West Country dialects. Furthermore, it had so many grammatical and syntactical features unfamiliar to contemporary English speakers that neither Brits nor Americans would have an easy time understanding your average audience member at the Globe.

Every language spoken is subject to change. You might wonder if this is a good thing, but languages evolve to suit their speakers, and usually these changes happen so slowly that it’s speakers hardly notice.

Linguistic changes are sometimes only notable in retrospect, when new generations look back into the history of their language. Nevertheless, if you listen carefully, you might be lucky enough to notice the slight changes that give birth to modern languages.

The towering importance of Shakespeare (over other Elizabethan authors) is largely the result of his reception during the 17th and 18th centuries. His works became so esteemed that they directly contributed to the development of Standard English. Shakespeare’s plays are therefore still familiar and comprehensible to us 400 years after they were written. Whereas the works of Geoffrey Chaucer, who was writing only 200 years earlier, are considerably more difficult for the modern reader.

During Shakespeare’s life, English was in a state of flux and many words were being integrated into the language for the first time. He even contributed to this process by coining many new words and phrases. Shakespeare’s language is, in fact, a mixture of old and new! One wonders whether the older generation of the time, complained that Shakespeare was “ruining” their fine old language!