The etymology of chocolate 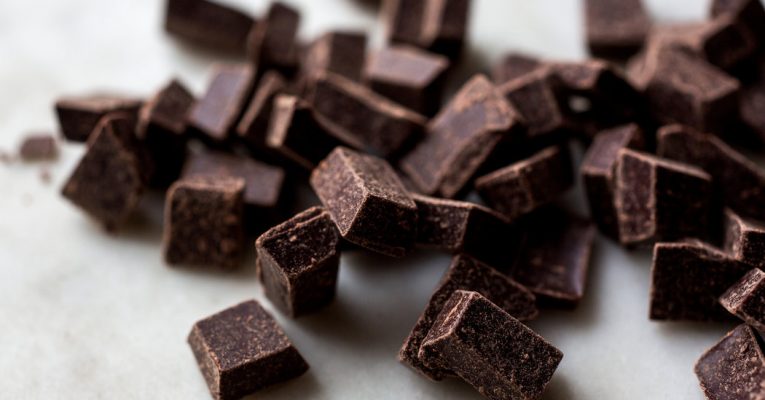 The etymology of chocolate

Chocolate is beloved by many, so much so that some call it “the food of the Gods”! Used as currency and traded by the Aztecs, chocolate arrived in Europe via the Spanish conquistadors, and was soon a favourite drink with the upper classes. There are different stories about the origin and etymology of chocolate. However, before the word “chocolate” came into common use, both in English and Spanish, its earlier name was “chocolātl.”

The article looks at the etymology from different angles:

Theories on the etymology of  Chocolate

Many dictionaries and encyclopedias have theorised that chocolate got its name from the Nahuatl word “xocolatl“, which probably combines “xocolli” meaning bitter and “atl” meaning water. Or, “xocoatl” from “xococ” meaning acid and “atl”. This might be possible, but some linguists disagree with this, because there is not enough evidence for adjusting the “x” sound.

According to Merriam-Webster, people have been using the word chocolate in English as far back as the 17th century. English people were using the Spanish word, which has the same spelling, and can be traced to a supposed Nahuatl word, “chocolātl”. The Aztec word also is a modification of the eastern Nahuatl accent word “chikolātl” which means “beaten drink”. This, in turn, is a blend of the word “chikolli” meaning hook (possibly referring to the stick that was used to prepare the chocolate) and “ātl”.

This theory is a bit less coherent. However, it’s worth noting that chocolātl is not seen in any original Nahuatl sources. Instead, it first appears in the writings of Francisco Hernández, a traveller in Mexico during the early 1570s.

According to early Nahuatl-Spanish history, the Aztec word for a chocolate drink is “cacahuatl”, which means “cacao water”. Cacao, in turn, comes from the Mayan term, kakaw. Kakaw probably developed from kakawa, a loan word perhaps dating back to the Olmec civilization, around 1000 BCE. Herman Cortés uses cacao to reference the beverage, as does Bernardino de Sahagún in The Florentine Codex.

According to José Ignacio Dávila Garibi, a Mexican historian, the Spaniards formed a new word chocolātl by joining the Mayan word for “hot” (chocol) and the Aztec word for water (atl). This evolved into chocolatl. Miguel Leon-Portilla, generally accepted the leading authority in Náhuatl philology, also found this explanation to be logical.

This theory is discussed in the book “The True History Of Chocolate”. The authors, Sophie and Micheal Coe, suggest that instead of using the Aztec word cacahuatl, the Spanish invented chocolātl as a way not to use the same distasteful word. Perhaps thinking, the new word was more suitable for something that is a combination of two worlds.

Where does this lead to?

Even with the different history and etymologies of chocolate, we still can’t pinpoint where chocolate or its name comes from. However, new researchers continue to get further insights and information about the history of chocolate. Currently, most linguists accept that chocolātl is a the source of the word for chocolate in almost every language worldwide.