History of Newspapers in India 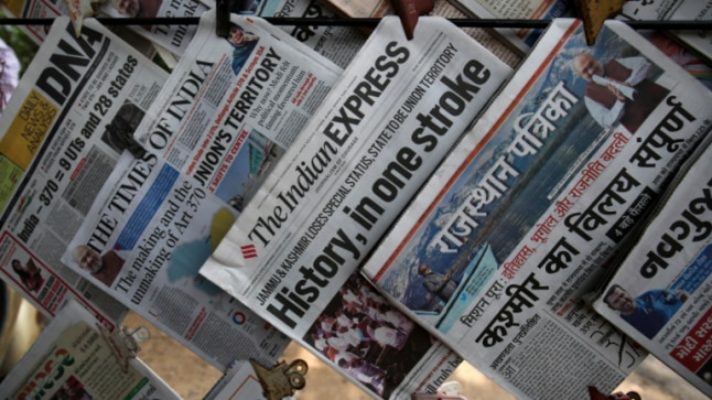 History of Newspapers in India

Media is the fourth pillar of democracy and journalists are the vigilant watchdogs of our society. Print media may be struggling in other parts of the world but in India, it is a growing segment that is far away from saturation. According to the Indian Readership Survey 2017, the domestic newspaper market in India had grown by more than 110 million to bring the overall readership to a staggering 400 million people. The history of newspapers in Indian is on-going!

The origin and history of newspapers in India dates back to the late 18th century when James Augustus Hickey introduced the first Indian newspaper from Calcutta. Launched in January 1780, it was known as “The Original Calcutta General Advertiser” or “Hicky’s Bengal Gazette”. After that, a new era of information was welcomed by India with new publishing houses and newspapers popping up in different parts of the country. Among them, “Bombay Samachar” is the oldest newspaper that is still in circulation.

Golden Era of Newspapers in India

The heyday of newspapers in India was the late 18th and early 19th century. During this time most newspapers, including the weekly gazettes, were basically advertisement sheets. Journalism found its way after some Calcutta merchants established “Calcutta Chronicle” in 1811. The Chronicle covered the problems and struggles of local people. More importantly the editor, James Silk Buckingham, established clear journalistic practices.

If we go forward to 3rd November 1838, The Times of India, still one of the largest newspapers in circulation, issued their first edition as ‘The Bombay Times’ and ‘Journal of Commerce’. The first edition of the “Times of India” was published in 1861.

By the late 19th century, political leaders and social reformers were taking active participation in journalism. One of the renowned newspapers that focused on these leaders and social reformers was “Amrita Bazar Patrika”, established in 1868. Perhaps it is one of the reasons among many others for the government to pass the ‘Vernacular Press Act’ in 1876.

During British rule, newspapers took an active role in the freedom struggle, both at the regional and national levels. In fact, many Indian revolutionaries and leaders started their own newspapers, demonstrating their firm belief in the power of the press. The list includes newspapers like “Young India” and “Harijan” started by Mahatma Gandhi, the father of the nation. The “National Herald” started by Jawaharlal Nehru, the first prime minister of India.

Dictatorships can’t afford them and democracies can’t get enough of them! Newspapers are still the preferred format for news in Indian households, with a strong print order of over 60 million. Long may they remain the conscious “mouthpiece” of the Indian society.

The Strange History of the Christmas Tree
A Sinister History
What does “Perfidious Albion” mean?