Who are the Language Martyrs? 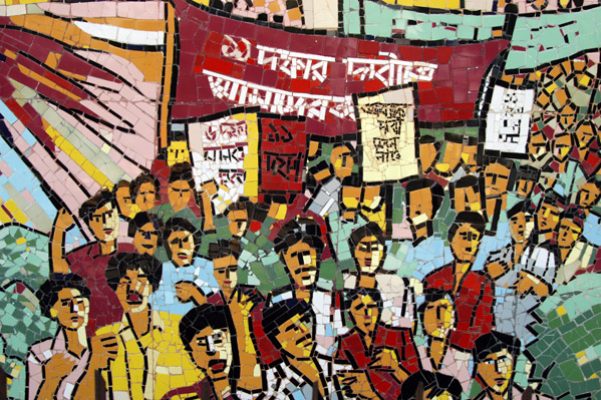 Who are the Language Martyrs?

Language martyrs are people who have died to preserve the use and legacy of their mother tongue, and who oppose the enforcement of another language as the sole official language in their state or country. Many language martyrs and their movements come from Bangladesh and India.

The Bengali Language Movement a.k.a “Bhasha Andolôn” was an important political movement that shaped the future of Bangladesh and secured Bengali as the official language of the country. Subsequently, on 17th November 1999, UNESCO declared 21 February as the International Mother Language Day (IMLD) to promote cultural diversity and multilingualism. International Mother Language Day was the initiative of Bangladesh.

Post liberation of British India in 1947, the province of Bengal was divided into West Bengal and East Bengal. East Bengal was renamed East Pakistan in 1956. In 1948, Urdu was established as the sole official language. This sparked extensive protests in the province as the majority of the population was Bengali.

Political activists and the students of the University of Dhaka participated in an organised protest on the 21st of February, 1952. When the police killed many student activists during the protest, it provoked widespread civil unrest. After years of conflict, the central government were obliged to back down and officially recognised the Bengali language in 1956.

The Bengali Language Movement further catalyzed Bengali nationalist movements such as the 6-Point Movement and the Bangladesh Liberation War in 1971.

The Anti-Hindi agitations of Tamil Nadu

The Indian state of Tamil Nadu, formerly known as Madras, has witnessed a lot of political movement. This includes mass student protests and riots, after the government made it compulsory to teach Hindi in schools. The first anti-Hindi agitation began in 1937 and lasted for 3 years. It led to the arrest of 1,198 protestors and the death of two protestors.

The people of India and Bangladesh take great pride in their culture and the sacrifices their ancestors made. 21st February is a national holiday in Bangladesh and celebrated as the Language Movement day or “Shohid Dibosh”. The Indian states of West Bengal and Tripura also celebrate this holiday. In fact, Bengalis from all over the world pay tribute to the language martyrs.

However, there is also a sad side to the story. As the years pass, new generations take the sacrifices of the language martyrs for granted. They don’t understand the significance of these movements and the struggles endured. It is vital for the survival of indigenous languages that communities enjoy and value their mother languages.

Many countries worldwide are now observing International Mother Language Day. It is part of a broader initiative “to promote the preservation and protection of all languages used by peoples of the world” adopted by the UN General Assembly on May 16, 2007. For example, Canada has embraced IMLD as a way to celebrate the diversity of their Native American languages. Brazil and other countries of the Americas are also following suit!

Furthermore, business has realised the importance of speaking to clients in their native language. In the age of localisation perhaps we have less to worry about!

Transcreation: the next level of Localisation
Ever wondered why we ‘boot’ a computer?
Entering New Markets