How do languages develop? 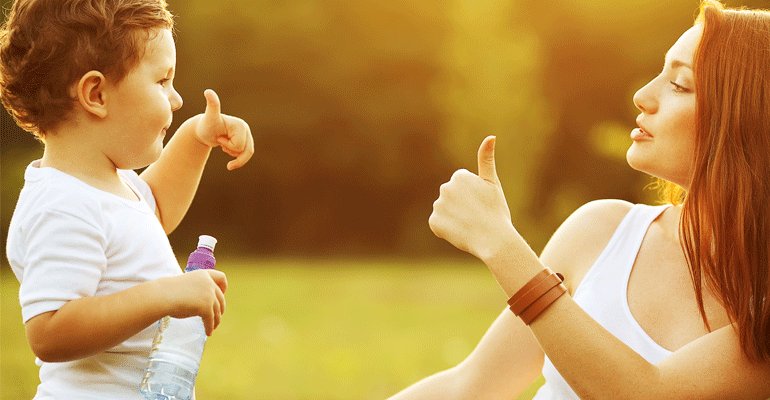 There are around 6,000 languages in the world. You may wonder how all of these languages came into existence? Researchers from the Max Planck Institute for Evolutionary Anthropology and Leipzig Research Centre for Early Childhood Development at Leipzig University, have tried to better understand how languages develop. They created an experiment to simulate the process of developing a new communication system.  The studies ended up having some surprising results.

They found that even someone as young as a preschool child can develop a communication system spontaneously. Furthermore, this system will have the same core properties of a natural language.

To be fair, we don’t fully understand how complex languages develop. It may have taken millennia for this to occur. We know that deaf people can create a sign language spontaneously. Through observations, we know that when deaf strangers come into a community, they can create their own sign language in a short amount of time. An example of this is in the 1980s with Nicaraguan sign language.

Researchers are confident that children have played an important role in the development of languages. A working theory is that social interaction evolves into language.

In the study, the researchers at the institute attempted to replicate the process of creating a language. They wanted to make children communicate with each other but without talking. Two researchers from Germany, Manuel Bohn and Gregor Kachel, together with Michael Tomasello from the United States, found a solution with Skype conversations.

The researchers put the children into separate rooms, with a Skype connection between them. Once the children were familiar with the setup, the researchers turned off the sound. They found that the children found new ways to communicate with each other when they didn’t have spoken language to rely on.

The children were then asked to play a coordination game, in which they used different motifs to describe an image. They were able to find a solution by using concrete objects like a fork, or a hammer. They made the corresponding action with those objects, such as eating in a gesture.

Next, the researchers further challenged the children by using abstract pictures. They took a piece of white paper, for example, and said this was a picture. How would you describe a blank piece of paper, non-verbally? One of the children in the study held their t-shirt to the side and pointed to a white dot on the coloured shirt to indicate the white paper.

Later on in the study, the children swapped roles. The other child did the same thing by taking the same approach. She held her t-shirt to the side and then pointed to it. The two of them had developed a sign for an abstract concept. During the course of the study, the images became more complex. In response, the children created ever more complex gestures. Over time they invented new gestures and created a kind of small local grammar between the individuals in the study.

The study indicated that new language is born when individuals reference actions, and objects, with signs that resemble those things:

Intriguingly, as we can observe this process, with controlled circumstances, in about 30 minutes.

Communication is not just words alone, as this study demonstrates. When people cannot use spoken language, they will find other ways to get their message out. This is probably how new languages develop. The study also indicates that communication systems change over time. As the system is passed down, each generation will develop more systematic and complex language.

Quicksilver Translate are proud to be long-term partners with some of Europe’s leading academic institutions (IESE, ESADE, UOC, INSEAD, etc.) and we recently launched our “Services for Academia“ — translation, editing and review, to prepare academic work for publication.