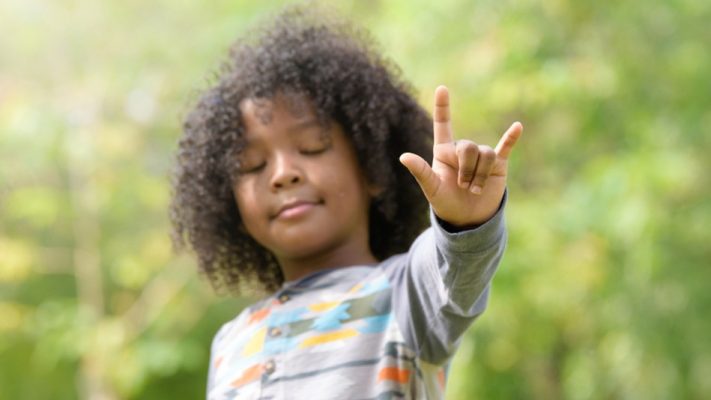 This is the second part of a two-part article. If you want to know more about the history of ISN, check out part one – Nicaraguan Sign Language: a Linguistic Phenomenon.

Nicaraguan Sign Language (ISN) is a sign language that developed spontaneously amongst deaf children in western Nicaragua in the 1980s.

There were many unique conditions that contributed to the development of this language. Firstly, the community of deaf children and teenagers was relatively large. They were isolated, linguistically, from their teachers, since the teachers didn’t know any sign languages and had little success in teaching the children Spanish. The children were, however, permitted to communicate freely amongst themselves. In addition, new children joining the community regularly, contributed to developing the language further and maintaining it.

ISN still dominates deaf education in Nicaragua, although it has also been influenced by American Sign Language.

In this article, we will discuss what makes ISN so special, what are the linguistic implications of such a language emerging in the modern world.

What makes ISN so special

There are a few things that make ISN a truly unique language. Firstly, linguists and psycholinguists were able to fully document the birth of a language on a community-wide scale. This included accurate video recordings of what was going on. ISN has been studied in detail almost from the very first stages of its emergence. Although there have been other emerging sign languages around the world, access to them has come much later in their development.

Lastly, ISN is not a direct translation of Spanish, nor any other language. It is a language in its own right, complete with its own grammar and vocabulary.

Different ISN researchers view the events leading up to the emergence of the language, and the language itself differently. But they all agree that this phenomenon is one of the richest sources of data on language emergence to date.

Before Nicaraguan Sign Language, studies of early language development had focused on creoles. Creole is a language which develops from the mixture of two (or more) distinct communities of fluent speakers. In contrast, the children who developed ISN did not speak any other language. Most, only used only a few simple gestures to communicate at home with their families.

Studying ISN allowed linguists to watch how a language emerges, grows, changes with the arrival of new users. As well as how other languages, such as ASL, can influence a language.

Some linguists see what happened in Nicaragua as proof that language acquisition is hard-wired inside the human brain. “The Nicaraguan case is absolutely unique in history,” researcher Steven Pinker, maintains.

“We’ve been able to see how it is that children—not adults—generate language, and we have been able to record it happening in great scientific detail. And it’s the only time that we’ve actually seen a language being created out of thin air.”

The story of ISN also tells us much about how grammar can emerge from the material around it. The children used simple gestures and built them into words. Words became phrases, which eventually enabled the users to construct sentences. Also, consistent grammar emerged on the basis of this material.

Perhaps mostly importantly, the study of ISN has provided proof for one of Noam Chomsky‘s most controversial theories. In the 1960s, Chomsky suggested that children are born with an innate ability to learn human language. He called this the Language Acquisition Device. He argued that without any knowledge of grammar, language learning should be nearly impossible. And yet babies and toddlers do acquire language very quickly. Furthermore, they do so without consistent language instruction or negative feedback. Toddlers learn, and understand grammar, and how to form sentences.

The children developing ISN, had no language model to follow, yet they were able to create a language. Furthermore, it was the younger children that drove the language’s development. This reinforced Chomsky’s theory that language instincts diminish as we age. In Nicaragua, researchers observed that the small children generated the grammar and the older children copied them.

Nicaraguan Sign Language is a unique case of a language emerging in isolation in the modern world. The development of ISN allowed linguists to see, in practice, some things that were only theory before.

However, ISN remains a young language! It is still ‘growing’ and developing, and it remains a fascinating subject for linguists to study today.