The Etymology of the word ‘Vaccine’ 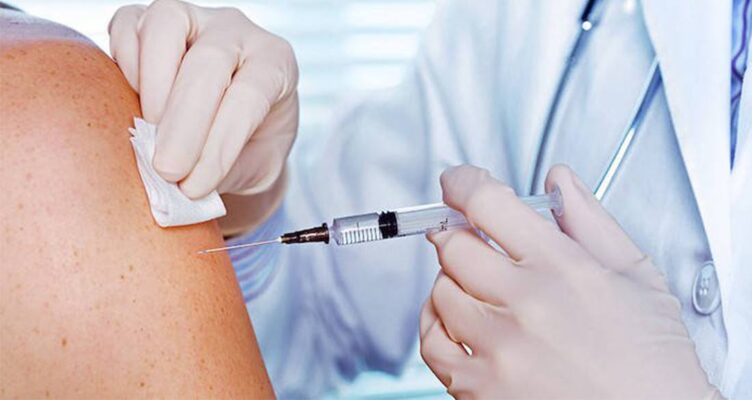 According to the World Health Organization, vaccination is one of the most effective ways to prevent diseases. Vaccines help our immune systems fight various viruses and pathogens. They protect humanity from life-threatening and crippling diseases, such as measles, polio, tetanus, diphtheria, meningitis, influenza, tetanus, and more. But where does the word ‘vaccine’ come from?

As defined by the Cambridge Dictionary, a vaccine is:

It may sound a bit technical and a little scary, but in fact vaccines are essential for human survival.

The smallpox vaccine, which was invented in 1796, was the first vaccine to be developed against a contagious disease. One of the most long-awaited vaccines, the vaccine against polio, was developed in 1953 and licensed in 1955. It prevented thousands of children’s deaths and ultimately, practically eradicated the disease. Currently, the world is waiting for a COVID-19 vaccine that will help fight the pandemic.

As you can see, vaccines are absolutely crucial. But where did the word itself come from?

The origin of the word ‘vaccine’

The origin of the word ‘vaccine’, in the meaning that we use it in today, is part of the history of the first vaccine invented — the one against smallpox.

At the end of the 18th century, an English physician named Edward Jenner decided to check an urban legend that existed at that time. Many people believed that milkmaids who contracted cowpox from cows, couldn’t get smallpox.

His process was extremely unethical by today’s standards: he infected an 8-year-old boy with cowpox. A few weeks later, he exposed the boy to smallpox and, fortunately, the child did not contract the disease. Jenner repeated the test on 22 more ‘lucky’ individuals.

Jenner’s method of ‘pre-exposure’ proved to be effective, as well as safer and with fewer side-effects than the methods tried before. Eventually, Jenner’s vaccination became the primary means of preventing smallpox around the world. Around two centuries later, in 1979, the disease was officially declared eradicated.

In 1798, Jenner published a lengthy report called ‘An Inquiry into the Causes and Effects of the Variolae Vaccinae’. Jenner translated the term ‘vaccinae’ from the Latin for ‘cow pustules’. Which, in turn, came from the Latin words ‘vacca’ (cow) and ‘vaccinus’ (from cows).

Following Jenner’s Report, a number of new terms came into use. The terms ‘vaccine matter’ and ‘vaccine virus’ for the cowpox inoculum. As well as ‘vaccinations’ as a name for the inoculation procedure. Soon, various French authors who were writing about Jenner’s work started using these same terms.

Over time, the meaning of the word broadened semantically, and now ‘vaccine’ is used to refer to any type of inoculation.

The history of the word ‘vaccine’ is an interesting example of how significantly a word can change its meaning over time. Especially in cases where the etymology is influenced by, or connected to, a significant historical event.

Until the 18th century, the word ‘vaccinus’ was a Latin word meaning ‘from cows’. However, when Jenner used it in a report on scientific research that turned out to be of the utmost importance for the human race, the term spread all over the world in relation to smallpox inoculations. And eventually, it came to denote inoculations in general.

The history of the word may not be too pretty, as it involves rather unethical human experimentation — but science is not always pretty. However, as a result of Jenner’s experiments, the world was rid of a deadly disease, and the term ‘vaccine’, used all over the world today, was born.

Scientists worldwide are devoting their time and expertise to the development of a new vaccine for COVID-19.

“All new drugs that come into development are long shots, but some are longer than others. The vaccines most imminently starting trials for COVID-19 range from the promising but speculative to the highly promising but ethically fraught.”

Read the full article here:
COVID-19 Vaccines Are Coming, but They’re Not What You Think