The Names of Nature: Urban Flora and Fauna 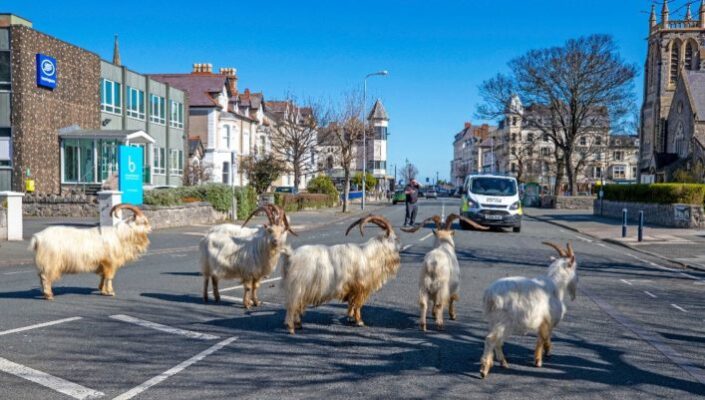 In many dense metropolitan areas around the world, the current pandemic is shedding light on the omnipresent—but so often forgotten—presence of urban flora and fauna. Our cities are blooming and bursting with wildlife! And the first steps towards conserving wildlife are noticing and naming it.

Plant Blindness and Other Types of Oblivion

Among the hustle and bustle, the bright lights, and the constant hum of urban life, cities have long been home to birds that nest on skyscraper rooftops and playgrounds, bright flowers that somehow find a cozy home in the gritty crack of a sidewalk, and wild boar families that wander down from the hills.

Nevertheless, studies have shown that humans suffer from plant blindness, a term coined by botanists James H. Wandersee and Elisabeth E. Schussler in the 1990s which describes humans’ lack of ability to notice and recognize the plants around them. Botanists around the world are striving to put an end to this phenomenon, with programs like London’s chalking campaign and Catalunya’s Gastronomy Day of Forgotten Plants. For city dwellers, this sort of ignorance often extends to other types of smaller wildlife, like birds and insects. It’s time to learn our neighbors’ names!

Swedish botanist Carl Linnaeus (1707-1778) established the binomial system we use today for classifying and naming living organisms. According to binomial nomenclature, each living organism has two Latin names—or, better put, Latinized names. The first name corresponds with the genus and the second with the species (e.g., the Convolvulus althaeoides, common in Mediterranean cities).

While a plant or bird usually has a unique scientific name used internationally, it may have a whole collection of different common names. The origins of which are often marked with folklore and whimsy. But common names can also be quite misleading. For example, Kentucky bluegrass is not from Kentucky and its blue blossoms are rarely seen. The bird known in Catalan as the “rossinyol del Japó” (Leiothrix lutea) actually originated in India, Southeast Asia, and southern China. Whereas the redness of the Red-bellied Woodpecker’s belly is imperceptible to many, although you may notice the bird’s red head.

Certain rules apply to scientific names: they are italicised, the first part (genus) is capitalised, and the second part (species) is lowercased. In botany, an initial (capitalized, no italics) may follow plant names, indicating the botanist who first described the organism. For example, the scientific name for the tulip tree is Liriodendron tulipifera L., where the “L.” stands for Linnaeus.

There is no one steadfast rule on how to write common names of plants. However, Botanists usually write plant names in lowercase as standard (sea daffodil, purple milk thistle), with some exceptions. Ornithologists, on the other hand, tend to depart from standard capitalization rules and do capitalize common names for birds in English (Little Egret, White-throated Sparrow), which can help avoid a great deal of confusion.

Get to know your urban flora and fauna

The next time you go out for a walk around the block or to your local park, take a look around you and see how many weeds, trees, and birds you can name. You can also learn the names of your urban flora and fauna ecosystem by checking out a bird or plant atlas from your local library or downloading an identification app onto your phone.

Latin for Bird Lovers: Over 3,000 Bird Names Explored and Explained, by Roger Lederer and Carol Burr

How to Do Nothing: Resisting the Attention Economy, by Jenny Odell

Ever wondered why we ‘boot’ a computer?
When the Inuit talk about snow
Discover Translation