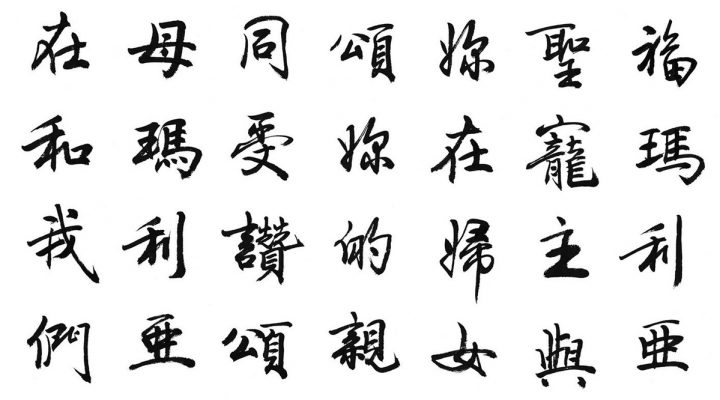 When we say China, we are usually referring to the People’s Republic of China (PRC). A country in East Asia with a population of about 1.5 billion, that is, one third of the world’s population, with an area of some 10 million square kilometres, that is, the size of Europe. But in that China, we also find Hong Kong and Macau, which are two Special Administrative Regions, with their own “Chinese characteristics”. Besides this, we may also refer to the China region, aka “Greater China”, which is a geographical area that typically includes the PRC — Mainland China, Hong Kong, Macau — and Taiwan, and sometimes Singapore.

It is not surprising, then, that in a region of these dimensions and complexity, various languages and dialects are spoken and written. Therefore, which language should I translate my documents into?

Is there a standard Chinese?

There is a standardised form of written Chinese, developed and promoted by the PRC, which uses a simplified version of Chinese characters and which represents the standard spoken Chinese (or Putonghua) in the PRC. This is what many people call “Mandarin”. It is used in written documents; it’s the language of education and the language used by scholarship and the media in the RPC. It is also the language taught to Chinese students and to people studying Chinese as a foreign language, either in China or worldwide, as it is the language promoted by the Confucius Institute (analogous to the British Council for English, France’s Alliance Francaise for French, Germany’s Goethe-Institut for German, and Instituto Cervantes for Spanish). Simplified Chinese characters are also used in Malaysia and Singapore.But there is also a non-simplified or traditional written version of Chinese, that is used in Hong Kong, Macau, Taiwan, and many Chinese communities overseas, such as in the US.

Moreover, there are several differences in how traditional Chinese is written in Hong Kong or Taiwan which are to be considered if you want to translate your documents for those regions.

You might even want to target local Hong Kong and Macau customers in their local Chinese language, i.e., Cantonese. This is not usually the case for many of our clients, but the possibility exists. So, bear that in mind.

You will often see references to “Simplified” or “Traditional” Chinese. This is confusing, since it is not the language which is simplified, but only a fairly small subset of the written characters.

Which Chinese language is best for me?

In conclusion, if you need to translate your documents into “Chinese”, think first which country or region you are targeting, who your audience will be and ALWAYS specify that to your translating service. It will save you time, money, and “face” (mianzi 面子).