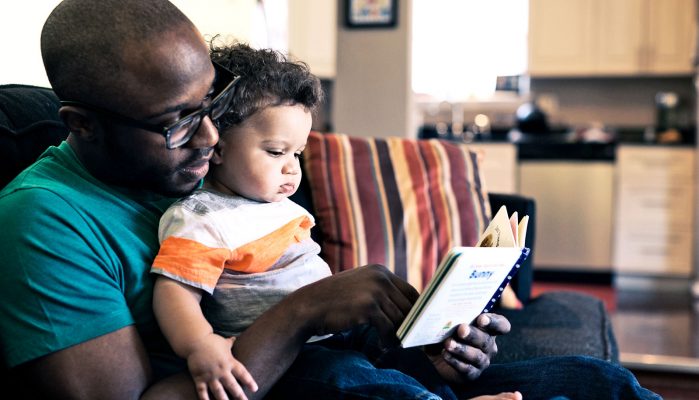 It’s often said that babies and young children’s brains are like sponges when it comes to retaining information, and this is especially true when it comes to languages. Bilingual babies are the global citizens of the future!

Most of the research that has studied babies and language has only focused on young children learning a single language, as it’s often assumed that this is the optimal way for them to learn how to begin to talk. Because of this, it has even been suggested that teaching a baby multiple languages from a young age could confuse them, and even hamper their normal linguistic development, by overloading their brains.

The latest research tells us another story. In today’s world, it’s a lot more common for babies to have parents or families that speak multiple languages, and this idea of bilingualism hampering a baby’s speech development is now being shown to be untrue.

Babies are already starting to take in information about their language, well before they can even speak their first word. They do this by naturally looking for the beginning and ending words in speech, or listening out for word forms. This is a tricky task, as people don’t often speak slowly or clearly enough between individual words.

It’s easy enough for an adult to track these word forms due to the constant exposure, however for a baby it’s not as easy. So how do they do it? The same as adults – time and exposure. Over time, babies are able to pick up on these rules, even in multiple languages. Fortunately, languages tend to be consistent in what constitutes as a word.

In different languages, the formation of words is not always the same. For example, in English we tend to put more stress on the beginning of the word. Take the word ‘baby’ – say it out loud. You can hear that you are saying the first syllable with a much greater emphasis than the last syllable. Babies pick up on this rule in order to differentiate between words.

On the other hand, in French, speakers usually place equal stress on each syllable of the word, except for the end of a sentence or phrase. Could it be harder for French learning babies to pick up the individual words? No!

For babies learning more than one language it can be difficult. They have to contend with the rules of two or more languages, and be able to understand that they are not the same.

Research has shown that babies are able to track word forms accurately in their native languages. However, they don’t do so well with another unknown language.

However, babies who are bilingual were able to track word forms of both languages at an almost equal level as that of the monolingual babies.

This goes to show that given enough exposure, babies and young children are able to pick up on the nuances of each language and pick out the subtle clues in the rules of language, without any problems at all. Babies’ brains really are sponge-like in their ability and capacity to learn multiple languages.