Grammatical Gender: a mystery to many! 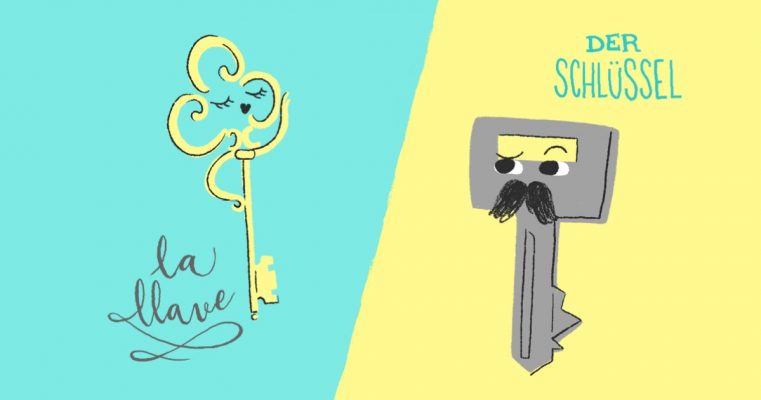 For most native English speakers, grammatical gender is a mysterious thing. Why, they say, should an inanimate object like a chair be feminine in Italian but masculine in Russian?

The first thing to note is that the gender isn’t so much a property of the object (the referent) as of the word which refers to it. The Italian word “sedia” ends in a, which indicates feminine in most Indo-European* languages. However, the Russian “stul” ends in a consonant, usually a sign of a masculine word in Russian (and many other languages).

In German, all diminutives are neuter (gender neutral), so while Frau (woman) is feminine, its diminutive Fräulein (young woman, miss) is neuter. And it’s common to find pairs of words with the same referent which do not have the same gender. So in Portuguese, “individuo” (individual) is masculine, but “pessoa” (person) is feminine. In Spanish, “cátedra” (feminine) and “taburete” (masculine) both mean “stool”. It’s quite fun to observe how often words for male body parts are feminine and female body parts are masculine.

But that’s not the whole story. When you use a pronoun to refer to the referent, you have to use the one which has the same grammatical gender as the noun it’s standing in for. If you say in German that a girl (Mädchen – neuter) comes into the room and sits down, you’d have to say “it” (es) sat down. Eventhough you’d probably switch to “she” (sie) soon after, because you’d be thinking of the gender of the girl herself.

I like collecting incongruous examples! In Spanish, a “fiesta” means a festival or a party, and is feminine, but when it’s the name of a car (made by Ford), it’s “el fiesta” (masculine) because a car “coche” is masculine. Here the gender of another word seems to be setting the agenda. Or is it that the object itself has very strong masculine associations? And yet a car is just a sort of “máquina” (machine – feminine)!

Apart from anecdotal exceptions, all Indo-European languages overwhelmingly use feminine grammatical gender for females and masculines for males. English is one of the only ones to have reclassified gender this way, so animate beings are “he” and “she” but inanimate things are “it”.

There are plenty of languages which make no such distinction; Chinese has no concept of gender, and the pronoun “ta” can translate as “he”, “she” or “it”. In classical Chinese it was just one character, but in the early 20th century, three variants came to be used. Presumably in imitation of western languages. The result being that you can distinguish between female, male and inanimate in writing, but they are still all pronounced “ta”.

Native speakers are often not at all clear about whether gender is a feature of the referent or the word. I remember having to refer to NPSH (Net Positive Suction Head) in a technical translation from English to Spanish. We decided to refer to the concept with its well-known English initials. Some of the committee members insisted that it must be feminine because “Head” is “cabeza” in Spanish, which is feminine. I argued that “head” is in fact a neuter English word and therefore it should be “el NPSH”. I won the argument, and I’m proud to say that “el NPSH” appears in Google about five times more often than “la NPSH” (feminine).

The moral of the story? Choose your inanimate hill carefully!

Which language variations should you translate into?
Ever wondered why we ‘boot’ a computer?
Language Register: Business vs Colloquial