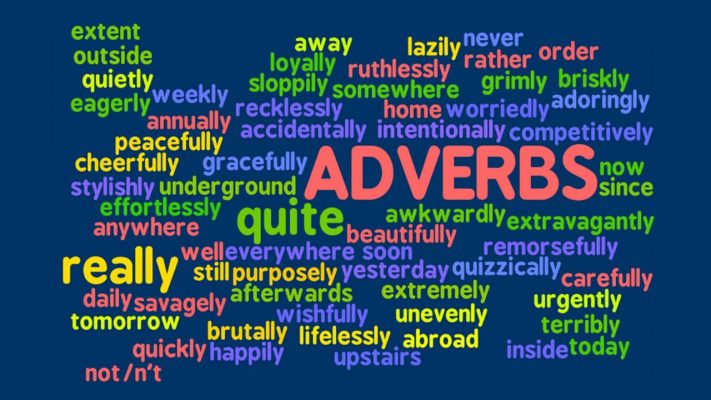 Have you ever noticed how most adverbs in Romance languages end with -ment or -mente; whereas in Germanic languages you see endings like -ly, -lig and -lich? Ever wondered why?

In fact, all the Romance languages regularly form adverbs from adjectives by combining the feminine form of the adjective with the ending: -ment (French, Catalan) or -mente (Spanish, Portuguese, Italian, etc). For example:

In Vulgar Latin (common or colloquial Latin) these would have been two words rather than one, e.g. “dulce et decora mente”, literally “of a sweet and decorous mind”. Mente is the ablative singular case of the feminine noun “mens”. “Dulce” and “decora” are adjectives which agree with the noun, ie. both are both feminine and singular. In modern Spanish, the -mente part still behaves like a separate word when you have more than one adverb. E.g. instead of dulcemente y decoramente it’s “dulce y decoramente” — the form of the phrase betraying its Latin origins.

Germanic languages mostly don’t bother to distinguish adverbial forms from the corresponding adjective. German “gut” translates both “good” and “well”, so “gut gemacht” = well done. Other languages such as Dutch, and the Scandinavian languages do the same. But they all have some joint adjective/adverb formed with an ending such as -lich, -lig or -li. Dutch “ijverig” means both diligent and diligently. English uses the related ending -ly almost exclusively for adverbs, though there are a few adjectives too, such as lively and likely. Interestingly, “likely” can still be an adverb in American English, but not in British, in expressions such as “he will likely come Monday”.)

All these endings come from old Germanic words meaning “body, form, appearance” — originally from Old Germanic *liko, (Old English “lic”). Modern Dutch and German still have lijk and Leiche respectively, meaning corpse. In fact “like” also comes from this source, so both syllables of “likely” are formed from the same word! And we still have the meaning of “form, appearance” in English in “The girl is like her mother”. But I’m straying from the topic… 🙂

However, it’s always fascinated me that Germanic starts with the body — where Romance uses the mind — but they both end up in the same place.