Some interesting facts about Quarantine 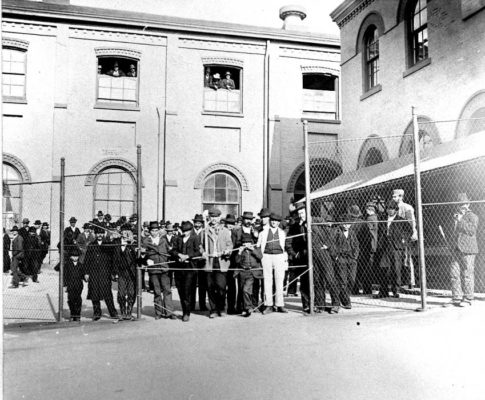 The idea of isolating the sick is very old. Hippocrates (460-370 BCE), known as the father of modern medicine, discussed the concept of quarantine in his three-volume work on epidemics. This is especially interesting when you consider that during Hippocrates’ life the accepted theory was that disease spread from miasmas. Physicians believed miasmas were bad air (or night air) emanating from rotting organic material in the ground.

Quarantine (noun) originates from the 1660s, and describes the “period a ship suspected of carrying disease is kept in isolation”. Quarantine is a borrowed word, from the Italian term quaranta giorni. This means literally “space of forty days” — quaranta (forty), plus giorni (days). Quaranta originates from the Latin quadraginta (forty), which naturally is related to quattuor (four). This word, in turn, comes from the PIE root *kwetwer- [1] — the Proto-Indo-European root, meaning four.

Quaranta giorni was a Venetian policy, first enforced in 1377, to protect Venice from the plague. The ruling compelled ships arriving from plague-stricken ports to remain anchored off-shore for 40 days. During this time they hoped that any disease on board would run its course.

Initially the Venetian Great Council ruled that travellers from plague-infected areas must remain isolated for 30 days. They called this time trentino, from the Italian trenta. The Council later extended this period to 40 days, otherwise we would probably being using a term like trentine.

In 1403, Venice established the world’s first known maritime quarantine station, or lazaretto, on Santa Maria di Nazareth, an island in the Venetian lagoon. Lazaretto also has a fascinating etymology.

The word first entered the English language in the 1520s, as quarentyne. It referred to a “period of 40 days in which a widow has the right to remain in her dead husband’s house”. Nice.

Quarentyne also referred to the “desert in which Christ fasted for 40 days.”

The definition of quarantine as “any period of forced isolation” dates from 1670s.

Quarantine has a Flag

A brief history of quarantine

The practice of quarantine has varied over the centuries. However, the concept of protecting public health, by restricting the movement of those who may have a serious disease, has remained constant.

History has, or should have, taught us the grave dangers that highly communicable diseases bring. In the 16th century, communicable diseases, brought by the European conquerors nearly wiped out the native population of Mesoamerica. The fatalities amongst the Mayans and the Aztecs were nearly as great as those brought about by military force.

France’s first maritime quarantine opened in Marseilles in 1521. A century later, city officials enacted a law which forbade travellers from entering the city without first submitting to a medical examination.

In 1629, Venice authorities passed legislation recquiriung health officers to visit houses during plague epidemics and isolate those infected in “pest-houses”. These houses were situated at a (hopefully) safe distance from populated areas.

After the plague epidemic in 1656 killed 100,000 in Naples, Rome began inspecting all incoming ships, and patrolling its borders, in the hope of preventing plague from entering the city. When the plague did (perhaps inevitably) reach Rome, city officials attempted to lockdown the infected districts. Sadly, it did little good — in the following months, about 10,000 people died.

By 1663 plague was ravaging continental Europe. In response, the English monarchy established permanent quarantine rules. The rules compelled all ships bound for London, whether English or foreign, to wait at the mouth of the River Thames for 40 days (sometimes 80). Meanwhile in Russia, officials established rules which prohibited foreigners from entering Moscow, under threat of death.

Another plague epidemic around the Baltic Sea, led England to pass the first official Quarantine Act in 1712. The Act enforced a mandatory 40-day quarantine for arriving ships, during which goods could not be removed. Serious breaches were punishable by death.

In the United States

In the early days of settlement in North America, authorties did very little to prevent the importation of infectious diseases. Protection against imported diseases fell under local and/or state jurisdiction. Individual municipalities enforced a variety of quarantine regulations for arriving vessels.

By the 1700s all the major settlements on the eastern seaboard had passed some kind of quarantine laws. However, Massachusetts was the first state to enforce isolation, in separate houses, for people suffering from contagious diseases.

Under threat of both smallpox and yellow fever, New York City Council set up a quarantine anchorage off Bedloe’s Island in 1738. Bedloe’s is now the home of the Statue of Liberty. Additionally, the island was a quarantine station for both passengers and crew from arriving ships. In 1799, Philadelphia, then the capital of the United States, built a large quarantine station called the Lazaretto along the Delaware River. The building still stands today.

In modern times, the Center for Disease Control and Prevention (CDC) administers the federal quarantine program. In addition, the separate states and local communities also have broad powers.

During the 20th century, various countries formed various international health organisations. This culminated with the establishment of the World Health Organization (WHO) in 1948. WHO has helped to bring issues of quarantine and the control of disease to a global stage. The World Health Organization provides guidelines on how, and when, quarantine should be used. Although the actual implementation of quarantine is still left to the discretion of individual nations.

You may also enjoy:

Language Register: Business vs Colloquial
When the Inuit talk about snow
The Strange History of the Christmas Tree