Coronavirus pandemic: Can we learn from the Plague? 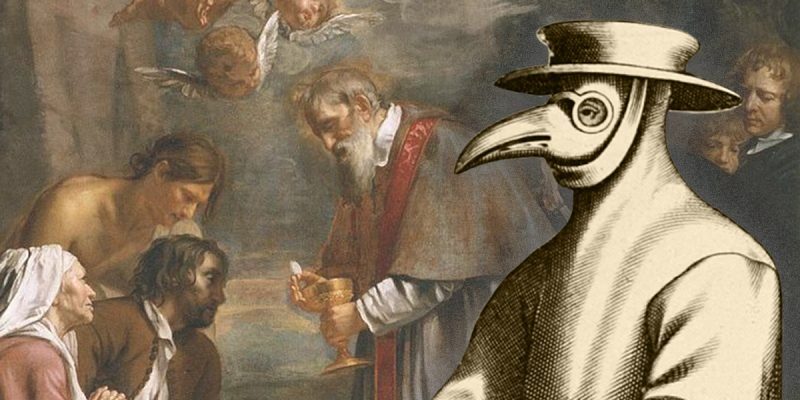 Separated by centuries and yet there are many similarities

The coronavirus pandemic is not the world’s first! Nor, sadly, will it be the last. So what lessons can we learn from the epidemics, and pandemics, that came before?

The Bubonic Plague spread throughout Europe in the 14th century, it was commonly known as the ‘Black Death’. It likely originated in Central Asia (possibly Mongolia) and by 1347 it reached mainland Europe. The European outbreak of the disease started in Italy, having spread via international trade routes. One year later, in 1348, the plague had spread across the channel to the United Kingdom. It is considered to be the deadliest outbreak of disease in European history. It wiped out over a third of the European population.

COVID-19 travelled much faster, but strangely, took a similar route — from Asia to mainland Europe and onwards.

Historians believe that the bubonic plague was first seen in fleas, later spreading to rats and eventually humans. The human-transmissible strain was transmitted via airborne droplets, in the same way as coronavirus spreads today. The two outbreaks were different — the plague was bacterial, whereas COVID-19 is a virus — but there are similarities between the two.

The hardest hit were the poor

As with today’s coronavirus pandemic, the poor were hit hardest by the bubonic plague (as well as the elderly and those with already ailing health). The rich tried to avoid the disease by fleeing the worst hit areas, however the bubonic plague did not discriminate; rich or poor, old or young, the disease killed regardless of wealth or status. Even so, it was still the poorest people who suffered the most, and the implications for society, politics, and the economy were profound.

The environment was ripe

One of the reasons the plague was so virulent was that, after several years of poor harvests, the physical strength and immunity within the population was already weak. There had been a lack of food and, as a result, the disease found ready hosts. Coronavirus has spread so quickly due to overcrowded urban spaces and, in particular, public transport systems. We provided a suitable environment for the virus to spread.

Redistribution of wealth and power

During the plague many landowners died, and relatives inherited their land and assets. However, due to high death rates, inheritance sometimes skipped generations or passed sidewards to more distant family. In short, this led to the rapid redistribution of a large amount of wealth.

Furthermore, many landowners sold land and released their workers (bonded serfs). Freed, and fleeing, serfs joined the bands of day and seasonal labour travelling the country to seek better-paid work. The drop in population meant workers had considerably more leverage with employers. Although the authorities tried to maintain pre-plague wages and standards, in practice it was a workers market! This resulted in a sharp rise in both wages and conditions.

Currently, many are asking whether this pandemic will redistribute or relocate our jobs? Many people, and companies, have become more open to the idea of working from home. If our working locations change, this could lead to less crowded roads and transport systems, as well as less crowded cities. More interestingly, in the long-term many companies may choose to relocate from expensive urban sites to much cheaper rural locales. After all, if your employees are working from home, why pay for an expensive office in the city? This could have an adverse effect on the High Street, but a positive effect on rent, housing costs and the environment.

A failure of leadership

During the plague, many clergyman proclaimed that the disease was punishment for an ungodly life. However, despite their own righteousness, the clergy also got sick. Many more abandoned their flocks and escaped to remote country retreats. As a result, there was a significant loss of both respect for, and confidence in religious leaders. Arguably, if the church had not undermined its own authority in this way, it is quite possible that the 16th century Reformation would not have occurred.

We have yet to see how our population will judge our leadership, but I think it’s safe to say that some leaders will be judged harshly. One wonders too if the coronavirus pandemic will undermine the power of celebrity “commentators” and columnists who, without relevant experience, seek to dictate to experts in their field!

The plague resulted in dramatic changes to the labour market. Industries, like sheep farming, which required less labour experienced rapid growth. Workers gained leverage to demand better contracts and conditions. There was a redistribution of wealth, and considerable gains for merchants and manufacturers.

With the current coronavirus pandemic, we are already seeing huge economic, political, and societal changes. Many businesses, both small and large, are struggling financially, with some firms collapsing already. Spending habits have changed significantly, with online retailers benefiting from the lockdown and traditional retailers suffering. That said, there has been a positive effect on the environment — we have the lowest levels of air pollution for years, as well as wildlife making a comeback to certain areas.

Advances in science and technology have helped us understand how diseases spread, allowing us to better prepare for outbreaks. And improvements in healthcare and hygiene standards have given us better chances of surviving deadly outbreaks. (Although, it’s worth noting that people practiced both quarantine and social distancing in the 14th century.) Even so, we are feeling the effects of the coronavirus pandemic globally. As in the 14th century, both the short-term and long-term implications of the outbreak are going to be substantial. Our social, economic, and political structures may all be called into question.

Governments will be judged on how they have responded to the crisis, and how quickly resources were mobilised. We’re having to drastically alter how we live our lives, and going forward these changes may become more permanent.

While there are plenty of downsides to this pandemic, some positives do exist — a stronger community feeling, appreciation for local businesses and services and, hopefully, a re-definition of terms like “unskilled” and “key worker”. It’s up to us to identify these positives and learn from this pandemic going into the future.

If you found this article interesting, you may also enjoy:

The Strange History of the Christmas Tree
Are you up on Coronavirus Terminology?
Learn how to spot fake news