Learn how to spot fake news 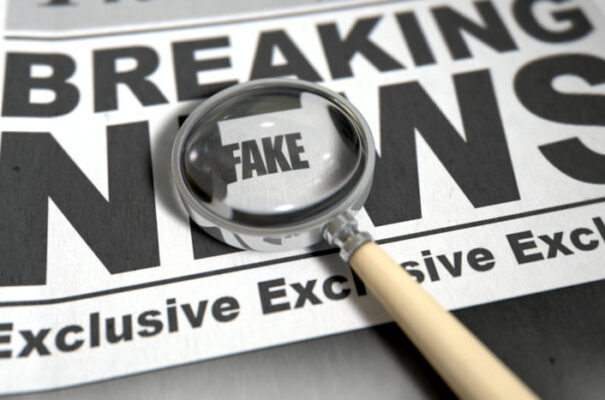 The dangers of fake news, misinformation and propaganda

These days we regularly see the term ‘fake news’ being thrown about. Despite it seeming like a new phenomenon, it has actually been around for many years. Our exposure to fake news and misinformation has increased dramatically, in part due to more and more people using social media. Fake news can spread like wildfire on platforms such as Facebook and Twitter.

Learning how to spot fake news is incredibly important – especially during this COVID-19 pandemic – as some of it can be downright dangerous. Misinformation concerning people’s health and wellbeing is especially insidious. For example, just this week, a man in Arizona, USA, died after ingesting a drug recommended by Donald Trump.

Below are a number of tips you can follow to spot fake news. You don’t have to spend hours verifying information, just a few minutes of Googling can help you avoid being duped.

These days anybody can set up a website or domain that looks like a legitimate news site. Dig deeper and check out the site’s other pages. Does it have an about page? Do they list their location and team? If you Google the URL does any more information about the website come up? Just because it looks legitimate doesn’t mean it is.

This may sound crazy, but there are many websites out there that come across as genuine news sites, but are actually satirical – poking fun at what’s currently in the news. A good example of a news-parody site is The Onion. These articles aren’t meant to be taken seriously, however it’s possible for people to miss the satire and believe them to be real.

Check who wrote it

Anybody can create a fake persona on the internet. Have a look at who wrote the article and check their credentials. Do they have a Facebook, Twitter, or LinkedIn page? Does reverse image searching their photo bring up lots of other results? Don’t automatically assume the person is real just because there’s a name and a picture.

Too often people will only read the headline and automatically believe it without investigating further. A lot of people are guilty of this, as headlines are usually designed to provoke a reaction. Read the article and see what’s actually being said before believing it. And never, ever share something that you haven’t read.

What’s backing it up?

If the news you’re reading doesn’t provide any sources then how do you know it’s not just made up? See if there’s a source provided, then try to verify that source is legitimate by searching for it online. Is anyone other news site covering this story? If the only other sites covering this story you should be suspicious.

Sometimes old news stories can be regurgitated to fit a specific agenda, with some sites going as far as retitling old news and passing it off as being recent. It only takes half a minute to see if it’s old news by Googling the story.

You shouldn’t automatically believe everything you read online. Always be skeptical of what people share and use the tips provided above when determining whether or not it’s fake news. Don’t add to the problem by sharing fake news yourself as it could be harmful to others, especially during these difficult times.

Lastly, remember than humans are the only animals who ask questions! We have a cognitive superpower – don’t waste it!

Coronavirus pandemic: Can we learn from the Plague?
Remote learning in the time of COVID-19
Staying sane in self-isolation